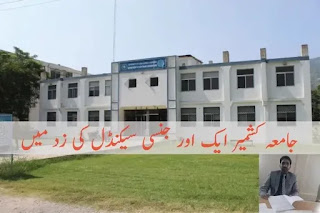 Muzaffarabad: University of Kashmir could not escape controversy another sex scandal came to light:

lecturer of software engineering department was caught red handed according to details The incoming student arrived at the Department of Software Engineering where a lecturer named Sadaqat Gorsi, who was already there, locked the gate.

Security personnel arrived at the software engineering department and started knocking on the gate. Sadaqat Gor 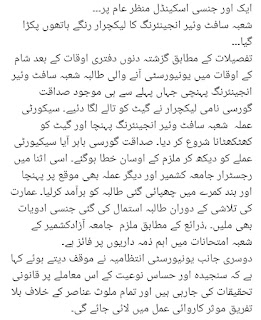 Seeing the security personnel, the accused made a fatal mistake. Meanwhile, the Registrar of the University of Kashmir and other staff also reached the spot and recovered the student hidden in a closed room.

A search of the building also turned up sexually transmitted drugs used by the student.

According to sources, the accused is holding important responsibilities in the examinations department of Azad Kashmir University. Effective action will be taken.