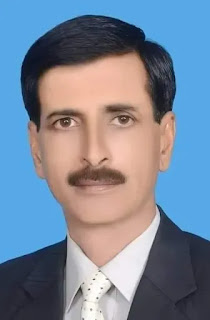 Chinari (Special Reporter) (Daily AMV Tribune) Pakistan Peoples Party Azad Kashmir Central Vice President Sahibzada Muhammad Ashfaq Zafar Advocate has said that Raja Farooq Haider Khan is getting confused after being rejected by the people and is threatening the journalists which is reprehensible:

Sahibzada Mohammad Ashfaq Zafar expressed these views in his response to the threat of breaking the legs of senior journalist Javed Hashmi by Farooq Haider. Apart from exposing him, he did his journalistic duties well to highlight public issues. That is why Javed Hashmi’s true journalism is making Farooq Haider’s stomach twitch.

Ashfaq Zafar said that the PTI government in Azad Kashmir In addition to demanding money trail from Farooq Haider, he should investigate the money collected from his palaces, plazas, domestic and foreign businesses and corruption if the PTI government initiates strict accountability process against corrupt people.

If so, we will fully support it. The people of Azad Kashmir are still deprived of their basic rights The reason for this is the corrupt politicians whose corruption is leading the people to poverty instead of development. Farooq Haider is a fake MLA. The people of constituency six elected me and Farooq Haider became an MLA in a fake way. Farooq Haider Fake MLA will have to give an account for stealing the mandate of the people