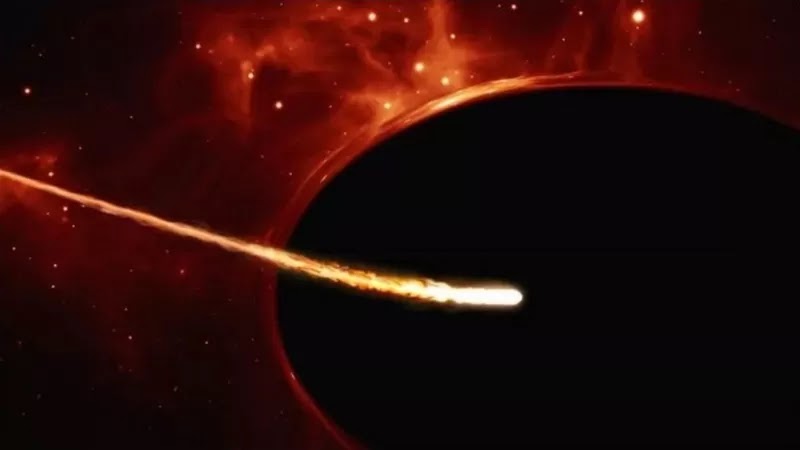 Astronomers have discovered one of the fastest stars in the known universe to orbit a black hole in record time.

Researchers have found that the star completes its orbit around a 23.5-million-kilometer-sized black hole in just four years, orbiting any star in its orbit so far. This is the shortest time to orbit.

Azadi Times: July 11, 2022, According to researchers, this means that the star is traveling at a speed of about 18 million miles per hour (29 million kilometers per hour) or about 5000 miles per second.

After observing the S4716 for nearly 20 years, scientists believe that the star travels at a speed of 8000 kilometers per second. However, its speed limit has been set so that it can be observed with conventional space telescopes.

The proximity of the black hole was completely unexpected, and its speed limit has been set to what can be observed with conventional space telescopes. Also called clusters. It contains about 100 fast-moving stars.

Astronomers say the star is about 100 units closer to a black hole. The astronomical unit is the smallest unit of measure in the universe that is equal to the distance from the Earth to the Sun. And an astronomical unit covers approximately 149,597,870 km. It has about 100 fast moving stars.