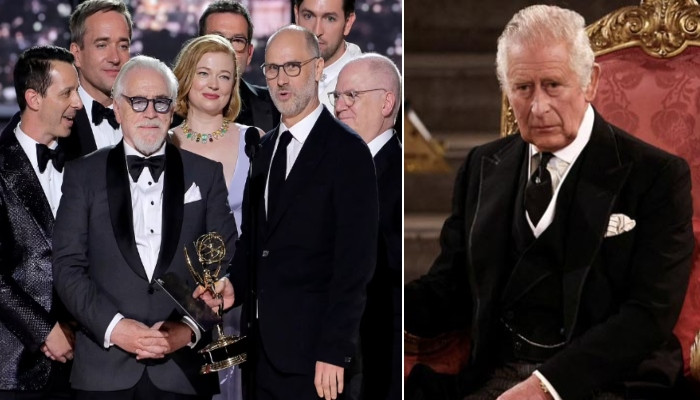 While accepting the honor, show’s creator Jesse Armstrong left everyone shocked as he took a swipe at Britain’s new monarch, King Charles III in his speech.

Following Queen Elizabeth’s death on September 8, the former Prince of Wales, Charles, recently ascended the throne and the British writer joked at ‘big for successions in the UK’ while accepting the honor.

“Evidently, a bit more voting involved in our winning than Prince Charles,” he continued.

As cheers and gasps filled the hall, the UK native added, “I’m not saying we’re more legitimate in our position that he is. We’ll leave that up to other people.”

“We are incredibly grateful to have this honor,” Armstrong said. “This group is extraordinary. It’s a team effort,” he further said.

The creator continued by shouting out his “extraordinary” cast and crew and said, “It’s a team effort, starting with the writers room, the producers who support us, the directors, my god, the extraordinary cast we are surrounded by, my goodness.” , our amazing crew. And HBO who protects and supports us, so many thanks.”

Emmys viewers had mixed feelings about Armstrong’s joke at the new King.