Crown Jewels that form the centerpiece of royal coronation 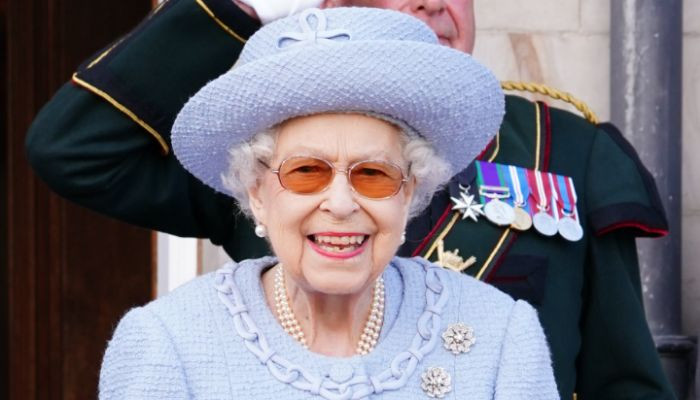 
The Crown Jewels form the centerpiece of the royal coronation, and symbolize the pomp and history of the British monarchy over the centuries.

The crown was commissioned for King George VI’s coronation in 1937.

Used for formal events such as the state opening of parliament, Queen Elizabeth II wore it following her coronation ceremony.

The second-largest stone cut from the Cullinan Diamond — the largest diamond ever mined — adorns the front.

A gold rod with a globe, cross and dove at the top, the scepter’s design symbolizes the Christian Holy Ghost.

It is associated with the monarch’s pastoral role towards the people.

The scepter represents the monarch’s temporal power and good governance and complements the spiritual power symbolized by the Sovereign’s Scepter with Cross.

The largest colorless cut diamond in the world, the Cullinan I, reigns at the top. It weighs 106 grams and is known as the “First Star of Africa”.

The diamond’s weight meant the scepter had to be reinforced in 1910.

The orb represents the monarch’s power and the Christian world.

The gold piece of jewelery is surrounded by a band of diamonds, emeralds, rubies, sapphire and pearls and topped with amethyst and a cross.

The eagle’s head comes off to allow oil to be poured into the vessel.

The design is based on a legend that the Virgin Mary appeared to medieval English saint Thomas Becket and handed him a golden eagle and oil to anoint future English kings.

Gold, leather, velvet and gold thread make up one of the most ancient parts of Britain’s royal coronation paraphernalia.

The use of spurs to represent knighthood in coronations dates back to the coronation of Richard I in 1189.

Spurs were traditionally fastened to the king’s feet during coronation ceremonies but presented and placed on the altar for queens.

It was the largest diamond ever mined when discovered in South Africa in 1905, weighing 621 grams in its uncut state.

The Transvaal government presented it to King Edward VII on his 66th birthday in 1907 as a gesture of reconciliation after the Second Boer War (1899-1902).

Three employees of Asschers of Amsterdam worked 14-hour days for eight months to cut and polish nine large stones from the original gem.

When workers began to cut the diamond, the first blow broke the knife rather than the diamond.

Crown jeweler Robert Viner made it in 1661 for the coronation of King Charles II, after the previous medieval crown was melted down by parliamentary rebels in 1649 during the English Civil War.

Monarchs did not wear the solid gold crown in coronation ceremonies for more than 200 years as it was too heavy.

The ring dates back to the coronation of King William IV in 1831.

Queen Victoria did not wear it for her coronation in 1838 as her fingers were too small.

Twelve seamstresses from the Royal School of Needlework took 3,500 hours to make it.

The robe is made of silk and embroidered with the monarch’s cipher, wheat ears and olive branches.

Also known as the “Stone of Destiny”, it is the ancient symbol of Scotland’s monarchy.

English king Edward I seized it in 1296 and incorporated it into the throne at Westminster, London.

Scottish nationalists stole it from London’s Westminster Abbey in 1950 and it later reappeared in Arbroath Abbey, Scotland. It was formally returned to Scotland in 1996.

The stone will only leave Scotland again for a coronation at Westminster Abbey.