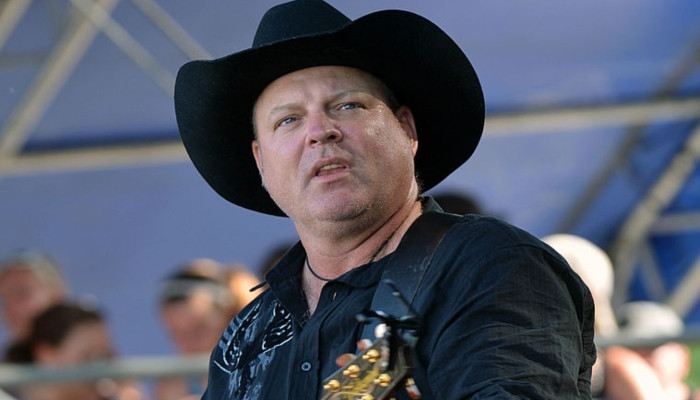 John Michael Montgomery is informing fans about his health following a tour bus overturned on the way to North Carolina.

Montgomery was in a “serious accident” Friday while driving to a concert in North Carolina.

The I Swear singer, 57, posted to his official Facebook, writing that his bus had been in an accident, but everyone who had been on board were recovering from their injuries.

Entertainment Tonight reported Montgomery was a passenger on the bus traveling south in Tennessee near the Kentucky state line, when it veered off the interstate, struck an embankment, and overturned.

“Despite some cuts and broken ribs, I am doing well,” he wrote. “I will take some time over the next couple of weeks to heal and be back on the road soon.”

“I am grateful to the medics and highway patrol for their quick response to this difficult situation,” he continued. “Thanks to everyone for their concerns.”

and passenger William Salyer of Staffordsville, KY were also injured in the crash, according to the ET.

Montgomery — who is the brother of Montgomery Gentry’s Eddie Montgomery — is currently on tour, with his next show scheduled for Sept. 24 in Shipshewana, Indiana. He is joined on his tour by his son, Walker Montgomery.