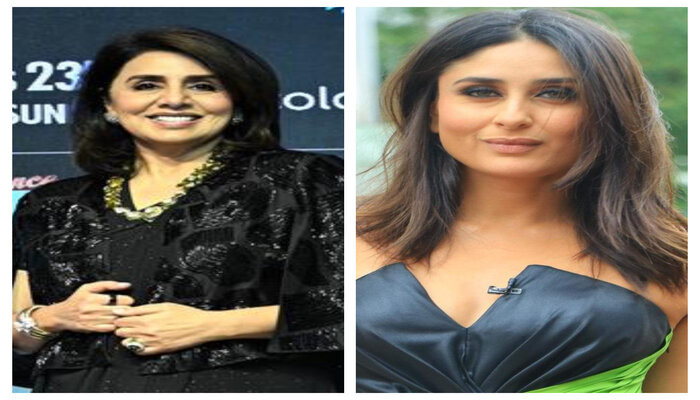 Earlier today, actress Kareena Kapoor Khan revealed that she is shooting for a project with Aunt Neetu Kapoor.

The actress posted a series of pictures on her Instagram story.

In the first picture, Neetu could be seen wearing a blue dress with beautiful chains, whereas Kareena is wearing a white floral dress, with soft make-up, and a neat hairdo. Both the ladies are flashing their million dollar smile in the picture, reported ETimes.

The 3 Idiots actress wrote: “When you shoot with family…@neetu54.”

For the second picture, Bebo wrote: “This shot is more important than the original shot…”

In the third picture, both the actresses could be seen sitting together having delicious food. “And then of course the food…” Kareena wrote.

Neetu Kapoor reposted the same series of pictures and wrote: “Love her”.

On the work front, Kareena Kapoor Khan is all set to make her OTT debut soon alongside Vijay Varma and Jaideep Ahlawat.