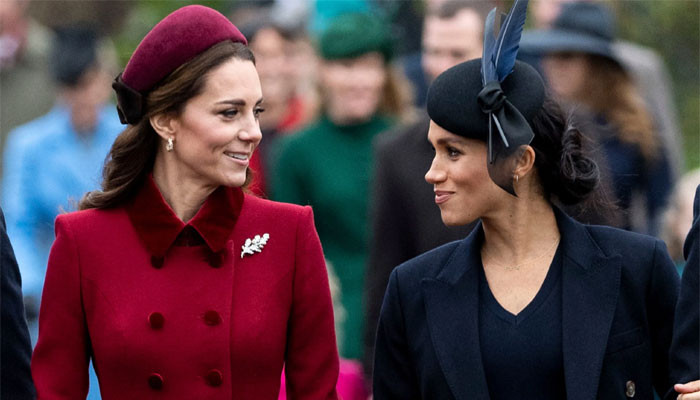 
The Princess of Wales has proved a model royal since joining Britain’s most famous family, making poised public appearances while avoiding the harsh criticism doled out to her sister-in-law Meghan Markle.

Catherine, who married the now heir to the throne Prince William in 2011, stepped up appearances as his grandmother Queen Elizabeth II retreated from the public eye.

Kate has since given little away about her experiences in joining the royal family, unlike her sister-in-law Meghan, who married William’s younger brother, Prince Harry, in 2018.

Harry and Meghan sensationally quit frontline royal duties and moved to North America in March 2020, then spoke out about life behind the palace walls.

Meghan, an American former television actress, told Oprah Winfrey in a March 2021 interview that she had a frosty reception, and cataloged her hounding by the tabloid press.

Kate gave birth to Prince George, who will be next-in-line to the throne after William, in 2013, followed by Princess Charlotte in 2015 and Prince Louis in 2018.

She has spoken about her struggles with severe morning sickness, saying in a podcast that she was “not the happiest of pregnant people”.

Prince Harry was often photographed at events with his brother and Kate, seeming to feel relaxed and warm in their company.

When Meghan appeared on the scene, the couples appeared to get on well, prompting predictions that the foursome would become the face of the modern monarchy.

But rumors of a rift began to spread soon after Meghan and Harry’s 2018 showpiece wedding at St George’s Chapel in Windsor Castle.

The Sun reported in November that year that Meghan had made Kate cry at her daughter Charlotte’s bridesmaid dress fitting.

In her bombshell Oprah interview, Meghan claimed the opposite was true but Kate had apologized and sent her flowers.

She complained, however, that Buckingham Palace had never corrected the report.

Critics have accused Britain’s unforgiving tabloids of targeting mixed-race Meghan in a way Kate has not faced — a point not lost on Harry.

In November 2016, soon after their relationship became public, Harry said a “line had been crossed”, accusing comment pieces of having “racial undertones”.

In the aftermath of the couple’s accusation of royal racism, much was made of the contrasting treatment meted out to the two women.

Kate has nevertheless provoked criticism from feminist commentators over her perfectly turned-out appearance, even just hours after giving birth.

To be sure, the fact she did not hide her post-partum bump was welcomed.

The novelist Hilary Mantel even accused Kate of resembling a “shop-window mannequin with no personality of her own”.

Kate comes across as passionate when talking about some issues, however, particularly children’s development and early influences. (AFP/Web Desk)

Charles III to be proclaimed king after vowing 'lifelong service'