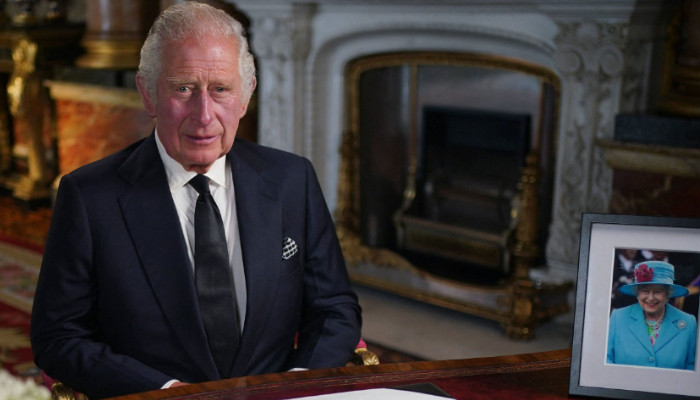 
King Charles III stepped up on September 9, 2022 to deliver his first heartfelt speech to the United Kingdom as their new monarch, a day after Buckingham Palace announced that his mother Queen Elizabeth had passed away in Balmoral at 96.

With The BBC livestreaming his first address to the nation live, King Charles III’s assumed his royal duties swiftly despite still being in the grieving period for his beloved mother.

After returning to London from Balmoral early on September 9, 2022, Charles first met the new UK Prime Minister Liz Truss, after which he made his way to St Paul’s Cathedral for his address.

In the moving speech, King Charles III ‘renewed’ the solemn vow made by Queen Elizabeth in her own address back when she was just 21; that of lifelong service to the crown.

“I speak to you today with feelings of profound sorrow,” the King began, adding: “Throughout her life, Her Majesty, The Queen – my beloved Mother – was an inspiration and example to me and to all my family, and we owe her the most heartfelt debt any family can owe to their mother; for her love, affection, guidance, understanding and example.”

“Queen Elizabeth was a life well lived; a promise with destiny kept and she is mourned most deeply in her passing. That promise of lifelong service I renew to you all today,” Charles said.

He continued: “Alongside the personal grief that all my family are feeling, we also share with so many of you in the United Kingdom, in all the countries where the Queen was head of state, in the Commonwealth and across the world, a deep sense of gratitude for the more than 70 years in which my mother as Queen served the people of so many nations.”

“In 1947, on her 21st birthday, she pledged in a broadcast from Cape Town to the Commonwealth to devote her life – whether it be short or long – to the service of her people. That was more than a promise. It was a profound personal commitment, which defined her whole life.”

“In her life of service, we saw that abiding love of tradition together with that fearless embrace of progress which makes us great as nations… The affection, admiration and respect she inspired became a hallmark of her reign.”

King Charles further said: “I pay tribute to my mother’s memory and I honor her life of service… I know that her death brings great sadness to so many of you… And I share that sense of loss beyond measure with you all.”

“…As the Queen herself did with such unswerving devotion, I too now solemnly pledge myself throughout the remaining time God grants me, to uphold the constitutional principles at the heart of our nation.”

“Wherever you may live in the United Kingdom or in the realms and territories across the world and whatever may be your background and beliefs I shall endeavor to serve you with loyalty, respect and love, as I have throughout my life.”

King Charles then made a special mention of his wife Camilla, who will now be his Queen Consort.

“This is also a time of change for my family. I count on the loving help of my darling wife Camilla. In recognition of her own loyal public service since our marriage 17 years ago, she becomes my Queen Consort. I know she will bring to the demands of her new role the steadfast devotion to duty on which I have come to rely so much.”