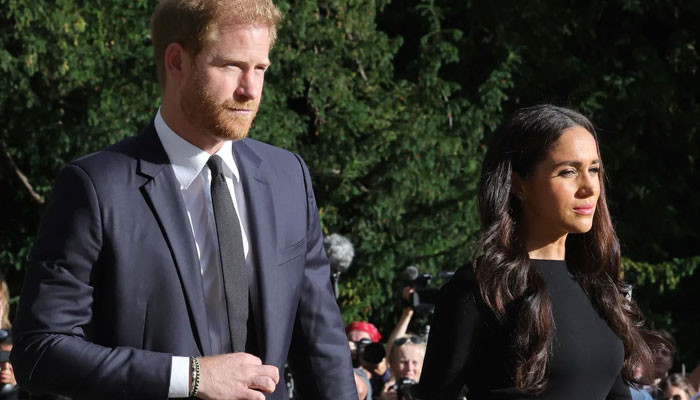 She began by admitting, “Meghan and Harry didn’t want to see any member of the Royal Family on their visit, not even the Queen, that was this week.”

“Not everything can be forgotten, I think actually we need to see is – Prince Harry makes a formal statement like William did today, pledging his support to King Charles III and then he has to pull the autobiography which is going to trash Charles and Camilla .”

“He has to pulp those books, if he releases that book it is hard to see any way back. I have to tell you my information is that Prince William and the King wanted the focus to be on the Queen. The Queen’s legacy and the Queen’s reign and to smooth over all issues and I think they have done that by inviting Harry and Meghan.”

“There are things behind the scenes which I am not prepared to go into, but the reality is this was a carefully orchestrated thing, thanks to the King and the Prince of Wales.”

“So that the focus would remain on the Queen, her departure and to say goodbye to the Queen without the distraction of the dog and pony show that has been Meghan and Harry,” she savaged.

“It is only a matter of time before people realize the stunt that she has pulled, there is genuine outrage behind the scenes that she would have done this.”

“This is about our beloved Queen, this is about King Charles III who is going to be a wonderful monarch. About the Prince of Wales, it is outrageous that Meghan has done what she has done but hopefully nobody else has noticed it but the few. people in certain circles have noticed it.”¬¬¬¬¬