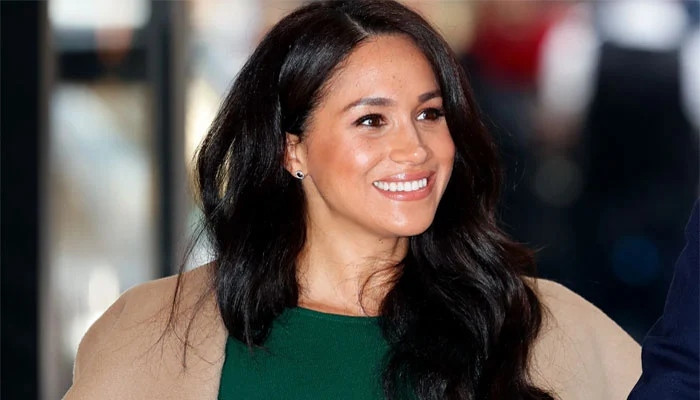 The Duchess of Sussex, 41, starred as Rachel Zane in the American legal drama series for seven seasons from 2011 until 2018, alongside the likes of Patrick J. Adams and Gabriel Macht.

She then quit the series and her final episode aired one month before she tied the knot with Prince Harry, 37, at Windsor Castle, marking the end of her acting career.

Sarah Rafferty, who starred as fan favorite Donna Paulsen – a close friend of Meghan’s character Rachel, took to Instagram on Friday to share her heartfelt condolences.

The actress, 49, thanked the monarch for ‘normalizing having a respected woman in power’ as she paid her respects to Her Majesty.

She penned: ‘Living a life of service, leading by example with dignity, strength, and devotion while inspiring many…Thank you for normalizing having a respected woman in power, Your Majesty. Rest In Peace.

‘Sending my heartfelt condolences to her family and loved ones, and to all who are mourning in the United Kingdom, the Commonwealth and around the world.’

Suits star Rachael Harris, who played Sheila Sazs on the show, took to her Instagram Stories to re-share a drawing of the Queen walking holding hands with Paddington Bear.

A caption alongside the picture read: ‘Paddington?’, ‘Yes M’am…!’, ‘Do you think you could take us to Prince Phillip, I’m feeling extremely tired now…?’, ‘ Of course Your Majesty, this way.’