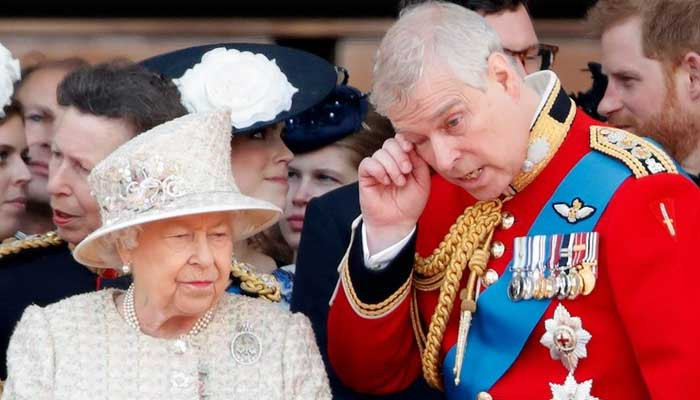 
Prince Andrew did not wear military uniform as he appeared in the procession of his mother Queen Elizabeth’s coffin from the Palace of Holyroodhouse to St Giles’ Cathedral in Edinburgh on Monday.

The Duke of York lost his military titles earlier this year, shortly before he settled a civil sexual assault lawsuit in the US.

Andrew will not wear military uniform as he is no longer a working member of the Royal Family.

Military uniforms will be worn by working members of the Royal Family, including the King and Prince of Wales, at the following ceremonial events in the coming days:

— The service of thanksgiving at St Giles’ Cathedral, Edinburgh

— The procession to Westminster Hall and service of prayer and reflection

— The vigil at Westminster Hall

It has, however, been decided that non-working royals will not be granted this honor. Elizabeth II’s state funeral will take place on September 19. At this and four other events next week, working royals will parade in military uniform.

The Duke of Sussex stepped back from his senior royal duties in 2020 before moving to California with his wife Meghan Markle.

While, Andrew stood down from public life shortly before, in 2019, following controversy over his former friendship with paedophile billionaire Jeffrey Epstein.

Harry and Andrew, who no longer perform senior royal duties, will not wear uniforms in which the Dukes have previously been seen at a string of events.