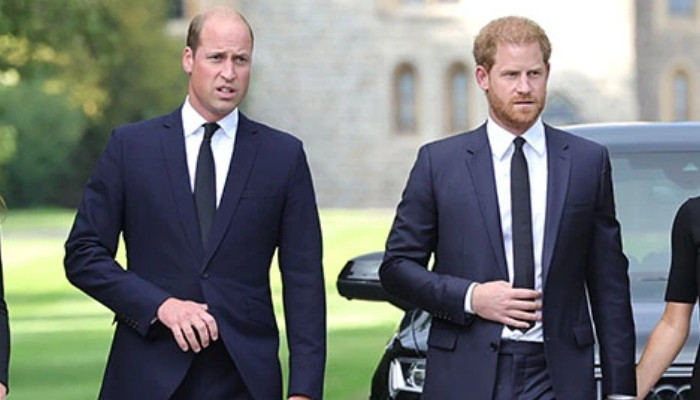 Prince Harry and Prince William famously reunited on September 10, 2022 outside Windsor Castle in a show of solidarity after the death of Queen Elizabeth, however, it has emerged that they actually did not meet each other at Balmoral, where the Queen died on September 8, 2022, reported Daily Mail.

Just as news about the Queen’s health taking a turn for the worse dropped, royal family members rushed to be by her side in Balmoral, Scotland, however, Prince Harry notably reached late.

He was then spotted leaving the Queen’s beloved castle early the next morning, and royal expert Richard Kay has suggested that while both Harry and Prince William were in Scotland at Balmoral at the same time, they did not actually meet or have dinner together.

As per Kay, by the time Prince Harry arrived in Balmoral, Prince William had already left to be at King Charles’ estate Birkhall, and so they also did not eat dinner together that night.

“Two dinners were being hosted on the royal estate that night and there was a clear divide: one was for the new king and his heir, the other was for the rest of the family,” Kay shared.

The claim comes just days after Prince Harry and Prince William, allegedly in a royal rift, stepped out together with their wives Meghan Markle and Kate Middleton to meet crowds of mourners together.