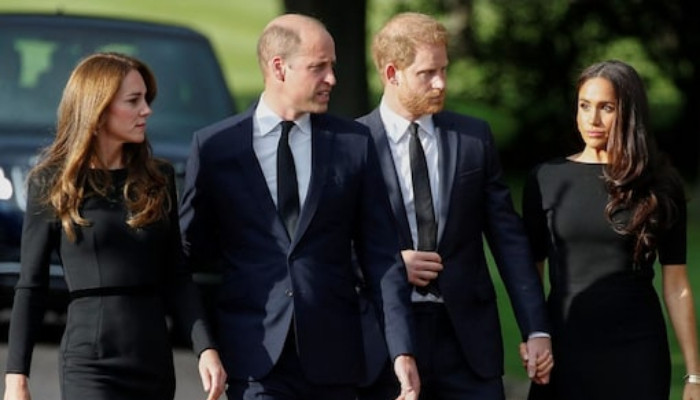 
Prince Harry appeared to ‘reunite’ with his older brother Prince William just days after their grandmother Queen Elizabeth passed away, with the two stepping out of Windsor Castle together on September 10, 2022.

Commenting on Prince Harry, William’s surprise appearance, royal expert Ingrid Seward said that while the two brothers appeared to reconcile, they probably only put their differences aside out of respect for their beloved late grandmother.

Talking to Mirror UK, Seward said: “When they jointly greeted the crowds outside Windsor Castle today, you knew they had put duty before themselves. It was just as Granny would have wanted, as she would have done. And it had to happen.”

“People say grief brings people together and I agree it does. When a person whom you both loved very much dies, you are united in grief and memories. For the sake of their grandmother and their father, the boys simply had to show unity.”

“As civilized people, they understood that the new King Charles III is relying on their support. And the last thing he needs at the start of his reign is to have press attention focused on the spat between his children.”

Seward further said: “So, they will have thought, ‘What can we do for Granny? Let’s make this look good.’”

Asia Cup, Sri Lanka scored 170 for the loss of 6 wickets