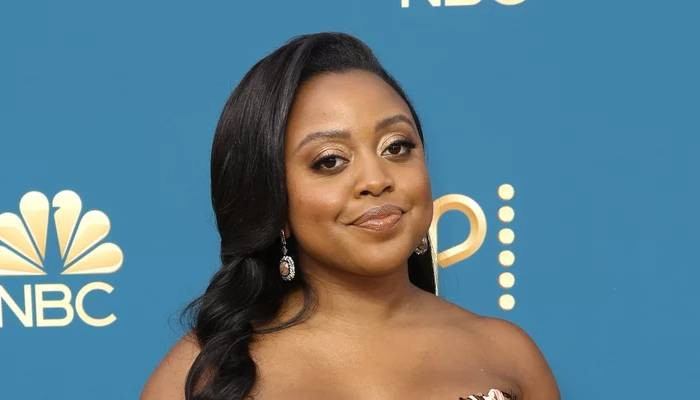 
Jimmy Kimmel was recently slammed after he tried to ruin Quinta Brunson’s winning moment at the 74th Emmy Awards on Monday.

According to IndependentBrunson was awarded the Emmys for Outstanding Writing for her work on Abbot Elementary.

Interestingly, her acceptance speech was “gatecrashed” by the late-night host who was dragged by Will Arnett onstage and he remained lying on the stage, pretending to have passed out after his loss in the same category.

This act sparked controversy online as netizens took to Twitter and bashed Kimmel’s decision to remain on the stage while some blamed him of stealing the winner’s spotlight.

Others believed that it was “highly disrespectful.”

Meanwhile, Brunson addressed Kimmel’s gag and said that the “bit didn’t bother” her that much.

“I know Jimmy Kimmel. I do not know. The bit didn’t bother me that much. I don’t know what the internet thinks,” she told the press backstage.

Brunson continued, “Honestly, Jimmy gave me my first late-night spot. And was one of the first people to see Abbott. He Instagram messaged me and said it was one of the greatest comedies of all time. He was so excited that it was going to be on ABC.”

The Abbot star however jokingly added, “Tomorrow maybe I’ll be mad at him. I’m going to be on his show on Wednesday, so I might punch him in the face.”

Fighting between Armenia and Azerbaijan, the situation is tense again The Balochistan Post