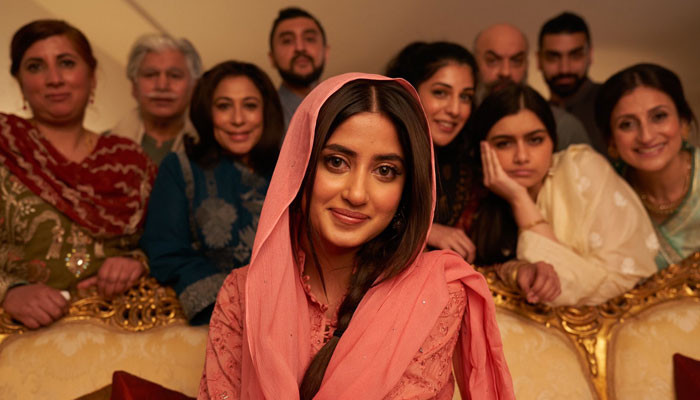 
Sajal Aly’s film What’s Love Got to Do with It? recently premiered at the Toronto International Film Festival (TIFF). With her appearance on the red carpet on Saturday evening, September 10th, the actor is gaining a lot of praises for her project.

In an interview with VarietyLatif shares that the movie “has slightly more depth than a normal rom-com because it tackles arranged marriage”.

The plot of the movie revolves around Zoe (James), a documentarian searching for her next project. Zoe’s childhood friend and neighbor Kazim (Latif), who’s been recently engaged in an ‘assisted marriage’. When Kazim reveals his new engagement to Maymouna (Aly), Zoe is taken back by the prospect of having your partner chosen for you by family. It doesn’t seem to occur to her that her own way of finding love — numerous dating apps and plenty of mismatches — isn’t quite working out for her. When Zoe pitches her best friend’s love life as the subject for her next documentary, she follows him through the stages of his engagement, wondering if maybe she doesn’t have more to learn from love.

Now, that the movie has premiered at TIFF. Sajal Aly is trending on Pakistani Twitter as fans gush about the actor and send her best wishes for her movie.

One fan wrote: “Her look is amazing PLEASE she slayed!!!

Also now I really can’t wait to see her and Emma dancing together.

Another felt emotional seeing Aly’s progress in the industry here and abroad:

“I am so emotional rn this bby girl is all grown up and making our whole nation proud globally. you deserve all the love and success we love youuuuu so much and love the way you presented Pakistan and our tradition globally

Best of luck for the film #SajalAly”

The actor has come a long way as one fan pointed out:

“Sajal has been working in this industry for years and is one of the finest actresses and now she’s going international and speaking so confidently in front of the people. I’m so proud of you Sajal, you did so well today.”

This was a well-deserved feat for the actor: