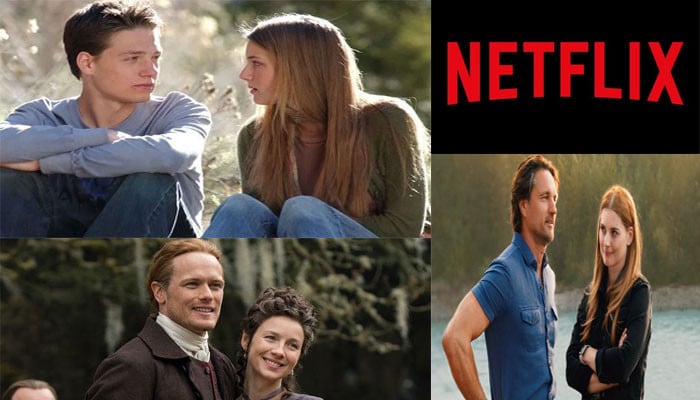 Netflix brings you a number of good shows that are similar to the fan favorite Virgin River.

The streaming platform has already planned season 5 of the popular romantic show starring Alexandra Breckenridge as Melinda Monroe and Martin Henderson as Jack Sheridan, but the release date is still a secret.

While the viewers wait for the refreshing new season of their favorite drama they can still watch other shows which are quite similar to Virgin River.

Here’s a list of 9 shows on Netflix that are similar to Virgin River.

Sweet Magnolias is an American romantic drama series based on a novel of the same name. The drama is based on three best friends since high school, who are on their journey of life and shepherd each other while they go through romance, career and family matters.

This Is Us is an American drama series that revolves around the Pearson family and their struggle at different stages of life. The show also deals with the grievances of a black child while growing up when he is adopted by white parents.

Outlander is a historical drama television series based on a novel, it depicts the story of a WWII former married nurse who travels back in time from 1945 to 1743 while she was on vacation with her husband and ends up falling in love with someone else.

Hart of Dixie is an American comedy-drama television series, this show revolves around a Dr. Zoe Hart accepting an offer to work as a general practitioner in the fictional Gulf Coast town of Bluebell, Alabama after her dream of becoming a heart surgeon is shattered.

Chesapeake Shores is a drama television drama which is based on the novel of the same name by Sherryl Woods. The series is based on the story of a young woman who moves back to her hometown in order to save her sister’s failing inn, during all these struggling times she reconnects with the memories and faces from the past.

Call the Midwife is a BBC period drama series about a group of midwives working in the East End of London in the late 1950s and 1960s who deal with the challenges of their day-to-day lives while trying to cope with the changes in the world around them.

Northern Rescue is a Canadian drama television series and revolves around the story of a rescue commander John West who moves to his rural hometown in order to look after his three children after the death of his wife.

Everwood is an American drama television series in which a brain surgeon from Manhattan decides to restart his life in an idyllic town with his children after the death of his wife.

Heartland is a Canadian family comedy-drama television series. The series is based on a girl who Amy loses her mother in an accident and then she decides to continue her work of healing abused horses. Her life changes when her father shows up with her New York-based sister.