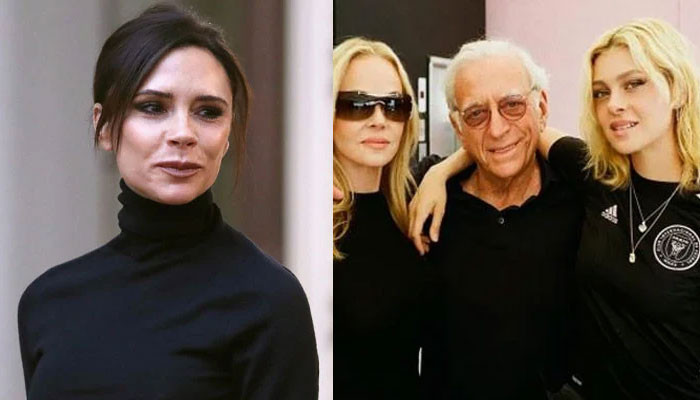 The titanium socialite and former top model was responsible for making the decisions of the lavish wedding including that there would be only one event.

It has been reported by Daily Mail that the fashion designer and her husband David Beckham wanted two weddings, one at their home in Cotswold and the other in America but that did not happen.

During the wedding preps, Posh Spice felt ignored as she was snubbed from all major decisions regarding the nuptials as Claudia was in the “driving seat” making all the calls.

“This all started because Claudia was in the driving seat over the wedding and it put Victoria into a rage,” the insider told. Daily Mail.

“Victoria is used to people being intimidated by her, she’s been famous for 25 years and is deferred to a lot, but Mrs. Peltz didn’t seem to be impressed in the slightest,” the insider added.

To top it all off, Nicola did not wear a Victoria designed dress, about which she explained to Variety that she was going to but her mother-in-law’s “atelier” could not do it so she went with other designers.

But sources claim that the actor never had the intention to wear the ensemble designed by the former Spice Girl as she knew designers that were “actually talented.”

Apart from this, Claudia allegedly disliked Victoria’s social media posts in which she used to cuddle up to Nicola as she wanted the interfering mother to fade into the background.

The only thing that actually happened as per Victoria’s wishes was that the guests were offered a “light” menu option, the insider revealed.

In the end, the Beckhams were absent from the top table because it was an American wedding and the power couple hosted their own table of friends.

“Victoria would have liked to have been on the top table,” the source shared with the outlet as in English weddings, the top table includes both the bride and groom’s parents.