What happens to Prince Harry, Meghan Markle after Queen’s death? 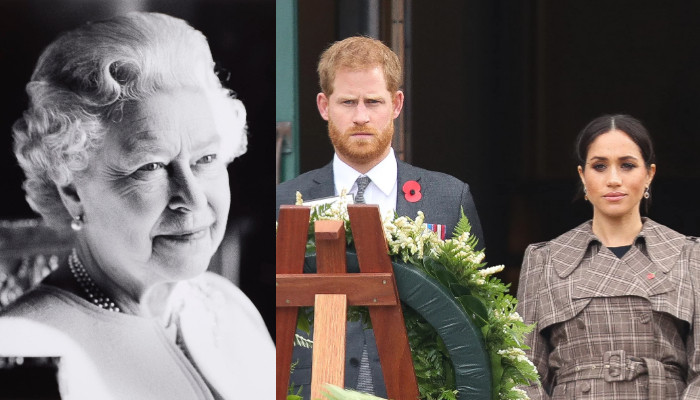 
Britain’s Queen Elizabeth II passed away on Thursday in Scotland, and as Charles ascends the throne and Prince William is given new titles, the burning question remains about what is in store for the problematic duo of Prince Harry and wife Meghan Markle.

As per The Evening Standard, no major title changes are in store for the Sussexes, even as Prince Harry’s father Charles is now the monarch and will be referred to as King Charles III.

As King Charles’ son, Prince Harry’s titles remain unchanged, although his brother Prince William is now a Duke of Cornwall in addition to his previous title of Duke of Cambridge.

Prince Harry has, however, moved up the line of succession and is now fifth in line to the throne.

More major changes are predicted for Prince Harry’s children though, especially as they are now the grandchildren of the reigning monarch.

It remains unknown at the time whether Prince Harry and Meghan’s kids will ever use their official prince and princess titles, or forget them.

As for Prince Harry and Meghan, they are last understood to have met the Queen in June when they visited the UK to celebrate her Platinum Jubilee.