Where is Meghan Markle? 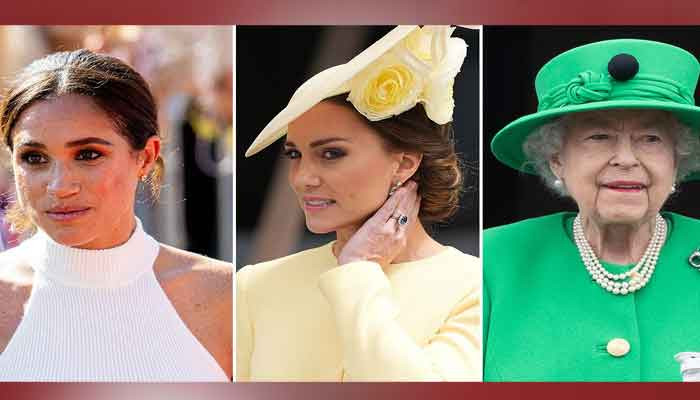 
Meghan Markle and Kate Middleton were the only ones who did not rush to see the Queen while almost all members of the Royal Family traveled to Scotland to be with the Queen Elizabeth II before her sad demise on Thursday.

Prince William and Prince Harry made the trip without their wives as Kate Middleton and Meghan Markle had other business to take care of.

Kate Middleton stayed behind in London because of her children’s first day at the new school.

Harry and Meghan Markle happen to be in the UK for a charity even this week. However, BBC News reports that only Harry made the trip to Scotland.

It is unclear where Markle currently is during this time of tragedy. The Duke and Duchess of Sussex had been traveling across Europe as they attended multiple charity events, including the One Young World Summit on Monday.

Markle was last seen in Germany, where she and Prince Harry attended the countdown to the Invictus Games.

Harry traveled to Scotland separately from the rest of the royals, who were all on one plane.

However, Meghan and Harry canceled an appearance at the WellChild Awards on Thursday evening. It’s not clear what Meghan was doing on Thursday afternoon or when she might make the trip to be with her husband.

Prince Charles, his wife Camilla and his sister, Princess Anne, were among the first to arrive at Balmoral. The Queen’s two other sons, Prince Andrew and Prince Edward, arrived later in the day with William.