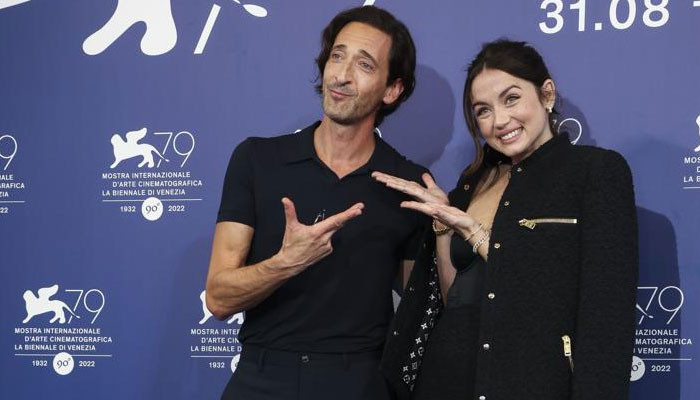 According to Independent report, Armas attended the press junket along with her cast at the Venice Film Festival on Thursday.

During the media interaction, Brody, who plays Marilyn’s third husband Arthur Miller in the new flick, gushed over the Deep Water actress for her exceptional performance.

“I mean, I can’t think of any other person who could have brought what Ana brought to the role. Which she did remarkably,” said the Oscar winner.

The Pianist The star continued, “I’ve said this many times, you know the first day of filming, I went home with this sense of awe that I had the privilege of actually working with Marilyn Monroe.”

“It’s not that I’m jaded, but I’ve been working for many years, I’ve worked my entire lifetime, and it’s very rare that I can say that someone transported me to another time and place,” noted the King Kong actor.

In the end, he added, “Ana’s definitely channeled her.”

Meanwhile, the actress shed a few tears after hearing positive words from Brody during the press meet-up.

To note, Blonde is available to watch on Netflix.