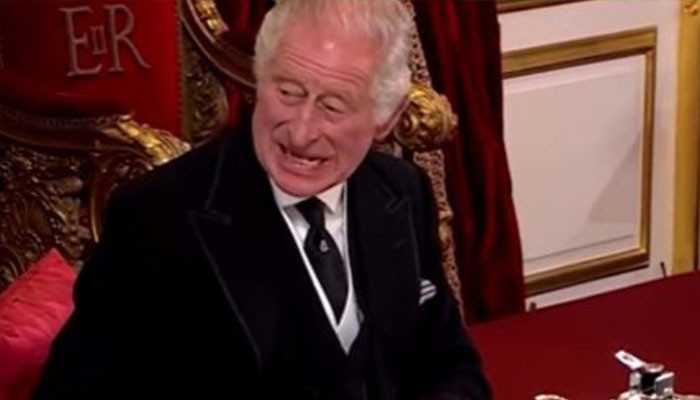 Charles III was formally declared King during an Accession Council ceremony on Saturday.

The new monarch arrived at the State Apartments of St James’s Palace at 10 am, accompanied by wife Camilla Parker and son Prince William.

Moments before signing the Accession Proclamation, the 73-year-old was spotted struggling with his pen. In a viral moment, he promoted a royal aide to replace it with a new one and the expressions on his face have been making headlines ever since.

“First day on the job and already he’s fed up. LOL,” one fan noted on the internet

“King Charles is just so DONE with that pen tray, leaving William hunting for one. Priceless moment in the proclamation,” wrote one Twitter user.

“Getting mad about the small table and the ink pen situation – King Charles really shows he is only human. Can’t imagine how he would feel in front of a laptop with slow internet,” added another.

Metro UK added: “King Charles clearly had a hard time with his pen during his proclamation.”

A fourth wrote: “A favorite moment of the day”

During his proclamation, Charles fondly talked about his deceased mother, Elizabeth II.

“My mother’s reign was unequaled in its duration, its dedication and its devotion. Even as we grieve, we give thanks for this most faithful life,” the royal said.

“I am deeply aware of this great inheritance and of the duties and heavy responsibilities of sovereignty which have now passed to me.”