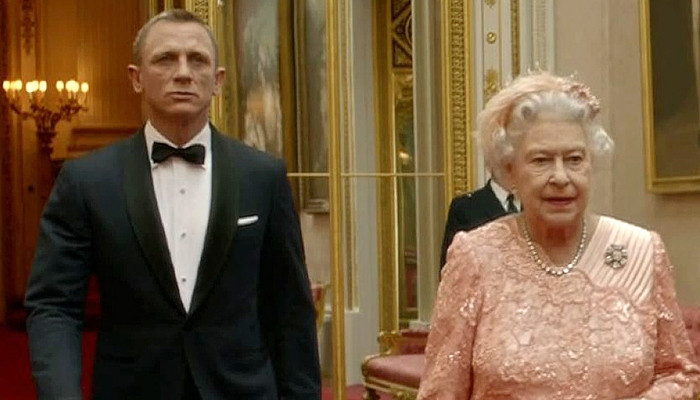 James Bond star Daniel Craig has reflected on filming a memorable scene with Queen Elizabeth for the London 2012 Olympics. He described the shooting experience as ‘an incredible thing.’

The No Time to Die star, 54, was joined by Her Majesty at Buckingham Palace when she made a cameo appearance in Danny Boyle’s opening ceremony for the Olympic Games in 2012.

Speaking to BBC at the Toronto International Film Festival, Craig reflected on his time filming with the late monarch, he said, “We will not see the likes of her ever again. To be alive during her reign is something else,” he noted.

Expressing hopes for the better future, Craig concluded on, “(I’m) very saddened, so I suppose good luck to Charles, really.”

In the iconic comedy sketch, the British spy 007 was called at Buckingham Palace to summon the Queen to the event.

The Queen, who was sitting at her writing desk, made him wait before greeting him with, “Good evening, Mr. Bond.”

They walked together, along with some of her corgis, towards a helicopter and set off, flying over London to the Olympic Stadium, concluding with a stunt double of the Queen parachuting into the arena.

Frank Cottrell-Boyce, who co-wrote the Queen’s TV appearances with Paddington Bear and Craig, told BBC Radio 4’s Today program on Friday that the Queen had volunteered herself for the Bond scene.

He recalled, “In fact on the day when we were filming, she asked Boyle if she could have a line because there wasn’t a line in the script, probably because when I was typing the script I didn’t quite know how you would type the character of the Queen… What would you type?”

Queen Elizabeth died ‘peacefully’ at her Balmoral residence in Scotland on September 8. She was 96.

The CEO of the international pharmaceutical company Pfizer became a victim...