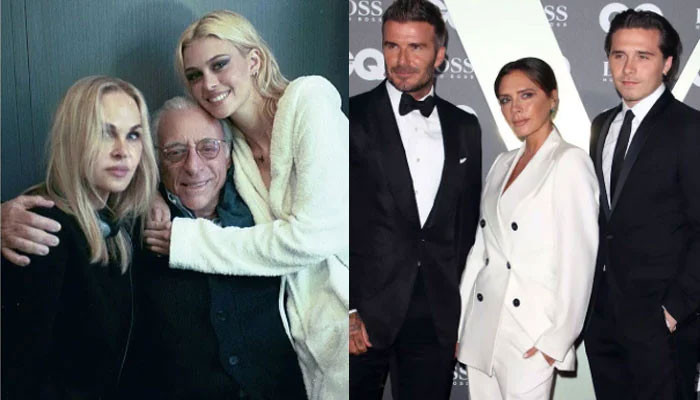 David Beckham and Victoria Beckham reportedly offended the Peltzes by sending security to their home ahead of their first meet-up and have since had a frosty relationship with the family.

Ever since the wedding of the aspiring chef with the billionaire heiress, there have been reports of alleged fall-out between Victoria and her daughter-in-law Nicola Peltz.

It was reported that the tensions between the duo began at the lavish nuptials where Victoria is said to have hijacked Nicola and Brooklyn’s first dance.

The Transformers star also asked her fashion designer mom-in-law to design her wedding dress despite having no intentions of wearing it on her big day as she knew designers that were “actually talented.”

However, a source now claims that the alleged feud began a long time before the wedding when Nelson and Claudia Peltz invited the Beckhams to their £76 house to meet them in Palm Beach, Florida.

Before their meetup, David and Victoria sent a security team to sweep the Peltzes property before their arrival – which is said to be a standard practice by a couple of their caliber – but it offended their hosts.

“It is standard procedure when you are a couple at this level of fame, but it did not go down well with the Peltz family,” the insider told Daily Mail.

“They have their own security, of course, and naturally it is the best that money can buy, so there was no need for their visitors to do this. It raised eyebrows.

“The feeling was that the Beckhams were somehow saying that they were more important than the Peltzes. It was a simple mis-step, but a bad start,” the source added.

Then the issues began when it came to planning the wedding as the Beckhams wanted to throw two weddings, one at their house in the Cotswold’s and the other one in America.

Whereas, Nelson and Claudia wanted to go for one event that was too traditional at their home in Florida and ended up having it their way.