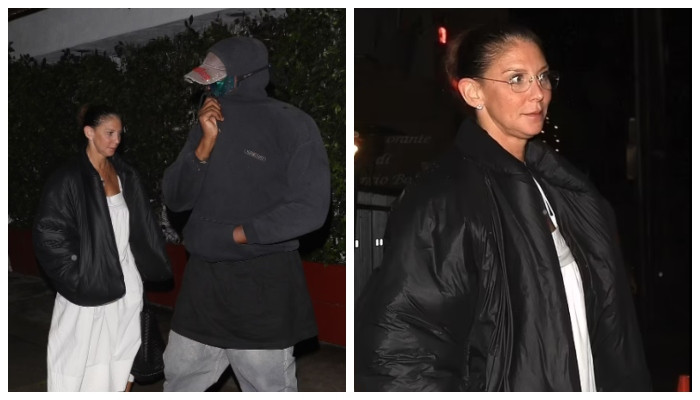 On Friday night, the Donda The rapper attempted to keep a low profile with his hood pulled over a baseball cap and polarized sunglasses that covered most of his face.

The 45-year-old rapper sported a pair of faded jeans and black sneakers.

Meanwhile, his female companion wore a flowing white dress, matching sneakers, and a black jacket from his collection of Yeezy Gap engineered by Balenciaga and glasses.

It is to be noted that prior to Kardashian filing for divorce from him back in early 2021, he and the reality star frequently dined at the celebrity hotspot.

According to an eyewitness, the father-of-four and friend arrived for dinner at 7 pm and left together in a black SUV around 8:25 pm after dining at the Italian eatery, which his former spouse has previously tweeted is ‘the best restaurant. ever.’

However, it is still unclear whether the pair were on a date or if it was just a formal meet-up as they were not pictured engaging in any PDA.

The Gold Digger The hitmaker’s latest sighting comes after he said the death of Queen Elizabeth II has inspired him to turn over a new leaf and put a hold on his many grudges.

On Friday morning, West took to his Instagram account to announce that he was ‘releasing all grudges’ in a text post while adding photos of the Queen.

The death toll rose to 76 during protests over the death...