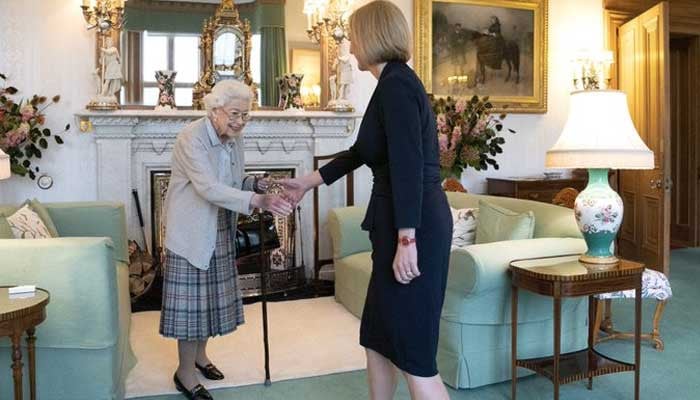 Prince Charles, Camilla, Prince William and other senior royals are heading to Balmoral amid deep concerns over Queen Elizabeth’s health after Buckingham Palace said she was under “medical supervision”.

Doctors are “concerned for Her Majesty’s health,” a statement from Buckingham Palace said.

“Following further evaluation this morning, The Queen’s doctors are concerned for Her Majesty’s health and have recommended that she remain under medical supervision. The Queen remains comfortable and at Balmoral,” according to the statement.

07:05pm (GMT+5) – Palace statement is being considered as a significant change

As the prime minister has said, the whole country will be deeply concerned people assume that there are reasons for that.

“It is a family moment, but it is also a very important moment not just for the nation but also for the Commonwealth.”

“There will be concern throughout the world, in every country that has dealings with the UK or has had a visit by the Queen, she is an international figure, she’s been on the throne for 70 years – that is a long time so I think there will be global concern,” he told BBC.

6:50pm (GMT+5): Buckingham Palace calls off Changing of the Guard

The traditional ceremony of the Changing of the Guard, which was due to take place outside Buckingham Palace tomorrow morning, has been called off.

A sign has been placed in an area at the front of the palace where the iconic drills take place, to let tourists know it is cancelled.

Cardinal Vincent Nichols, the Archbishop of Westminster and head of the Catholic Church in England and Wales, has said he is “concerned” by the news of the Queen’s health. He also offered his prayers, adding: “May the blessings of the Lord strengthen and comfort her and her family.”

The UK’s Chief Rabbi has expressed similar sentiments, saying the Queen “is very much in my prayers today”.

Something serious is going on

“When you’re 96, of course you can’t expect to have the health of a 25-year-old. Hopefully this is a passing storm that can be overcome but I think that judging from the careful wording of the palace something serious is possibly going on here,” Summer added.

Hundreds of well-wishers have gathered outside the gates of Balmoral Castle in Aberdeenshire.

Police officers stand guard of the gates of the driveway leading up to the Castle where the Queen is being joined by members of her family.

Leader of the Democratic Unionist Party in Northern Ireland, Sir Jeffrey Mark Donaldson, has tweeted out his reaction.

On Twitter he wrote: “I send my heartfelt thoughts and prayers to Her Majesty The Queen and the Royal Family at this worrying time.”

Kate Middleton is still in Windsor

The Duchess of Cambridge has remained in Windsor as her children Prince George, Princess Charlotte and Prince Louis are on their first full day at their new school, Kensington Palace has said.

Prince Harry and Meghan Markle, who are currently touring the UK, are expected to extend their stay amid the Queen’s health concerns.

The Duke and Duchess of Sussex have been slated to speak at the WellChild Awards in London this evening before they fly back to California.

Meanwhile, Prince Charles, Prince William and other senior royals have arrived in Balmoral.

The royal family’s website appeared to crash following the news of the Queen’s health concerns: An error message appeared on the screen reading: “Gateway time-out”.

Scotland’s First Minister Nicola Sturgeon said: “All of us are feeling deeply concerned at reports of Her Majesty’s health.

“My thoughts and wishes are with the Queen and all of the royal family at this time.”

Sir Keir Starmer has joined well wishes for the Queen this afternoon after news that doctors are “concerned” for her health at Balmoral Castle.

“I am deeply worried about the news from Buckingham Palace”

“It was only last night at six o’clock that we were informed by Buckingham Palace that the Queen had to pull out of conducting a Privy Council meeting which had been penciled in yesterday evening.

“Last night, they said that after a full day on Tuesday, Her Majesty had accepted the doctor’s advice to rest, which had meant the Privy Council meeting that she was due to be conducting, albeit remotely from Balmoral, was not able to go. ahead.”

Her Majesty postponed her Privy Council meeting last night after being advised by doctors to rest.

We’ll bring you updates as we hear more throughout the day on the Queen’s health.