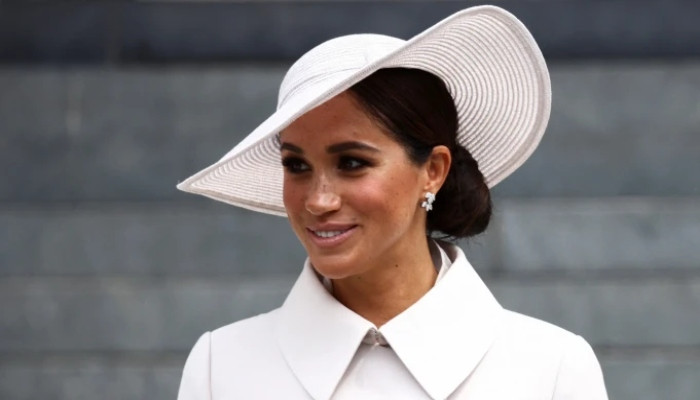 The Duchess of Sussex has reportedly postponed a series of upcoming TV interviews in New York following the sad demise of Queen Elizabeth II on Thursday afternoon.

According to latest reports, Meghan Markle has canceled her solo appearance on The Tonight Show with Jimmy Fallon on September 20, as she has insisted to be with her husband, Prince Harry during the Queen’s state funeral, expected to take place on Sept. 19.

Sources claimed that, “Meghan, 41, was due on Fallon. I don’t even know what she was going to talk about, but that’s obviously canceled now.”

Furthermore, the duchess’ new Archetypes episode – set to stream on Tuesday, September 13, is also reportedly set to be pushed back.

Moreover, the Sussex couple was expected to return to New York to attend the 77th session of the UN General Assembly (UNGA 77) in Manhattan, but that appearance is also reportedly cancelled.

The outlet further reported Harry and Meghan are expected to remain in the UK until the monarch’s state funeral, widely believed to be scheduled for Sept. 19.

However, it is not yet known if their children, Archie, 3, and Lilibet, 1, will be brought over from California.

Prince Harry reunited with Meghan yesterday at their Frogmore Cottage home in Windsor after the duke returned from Balmoral following the Queen’s death at the age of 96 on Thursday.