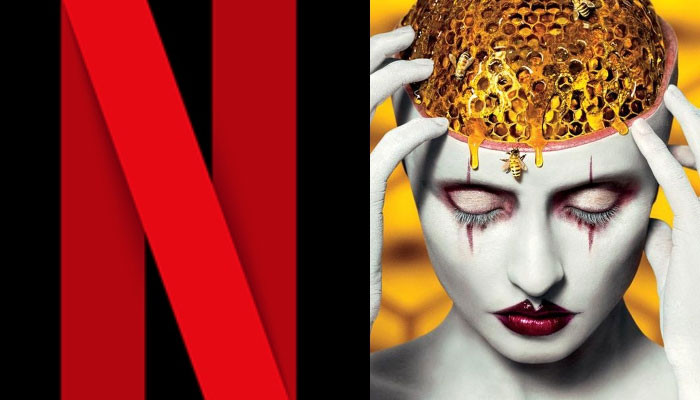 Netflix contains series from a wide array of genres to stream, and within the mass of high-quality serialized shows, anthology shows are getting popular for their bite-sized stories and long-form narratives.

Here’s the list of top 10 Anthology series on Netflix;

The series focuses on future dystopias connected with speculative fiction which dives into the manipulative and risky effects of science and technology.

Every episode features a diverse cast and has a different genre but it mostly grapples with the cutting-edge effects of the subversive futuristic realities.

This American horror anthology series is the first installment of the American story media franchise. Each season is a miniseries with a diverse setting and a set of characters from the same fictional universe.

The actors often appear in more than one season and play different roles. Every season has a different plot element, consisting of myths, legends, zombies, witches, blood-sucking monsters, serial killers, and cults, and often contains characters and plot lines inspired by true events.

This is an adult animation series with stand-alone episodes containing different narratives and animations produced by animation studios from different countries.

Each episode contains a different genre, from horror, comedy, science fiction, and fantasy but every episode is tied up to the themes of the titular subject matter.

Based on the podcast of the same name by Christopher Goffard, Dirty John is a true-crime anthology series. The series, set against the backdrop of Southern California, is about crimes of passion and explores the dark and twisted theme of love gone wrong.

This slasher anthology series follows teenagers in a fictional town being attacked by a masked serial killer.

This series is based on the slasher movie franchise of the same name and the first two seasons of scream are available on Netflix.

This dark comedy crime drama is based on a movie of the same name and occurs within the same fictional universe.

7. The Haunting of Hill House:

A supernatural horror television miniseries that has a different title for its second season.

It focuses on the dark past of a house and its effects on its residents. The first season alternates between two timelines, about five siblings whose paranormal experiences continue to haunt them in the shape of flashbacks about their childhood in a haunted mansion, and pens the tale of their subsequent escape.

This is an American crime anthology series in which every season has a different self-contained narrative. It follows the lives of American detectives who try to face their dark secrets while investigating a homicide. Each season ensembles a new cast, a diverse setting, and a new set of characters.

This is a police procedural series that follows Detective Harry Ambrose who investigates brutal murders and uncovers the underlying dark motives of his improbable culprits. It is named after Petra Hammesfahr’s 1999 novel and every season has a different set of characters but the character of detective Ambrose remains consistent.

This is an Indian Hindi-language anthology web series on Netflix. The series is a satire and psychological thriller.

It has Manoj Bajpayee, Ali Fazal, Harshvardhan Kapoor, and Kay Kay Menon, each featuring in a lead role in one of the four short stories adapted from celebrated author and writer Satyajit Ray.