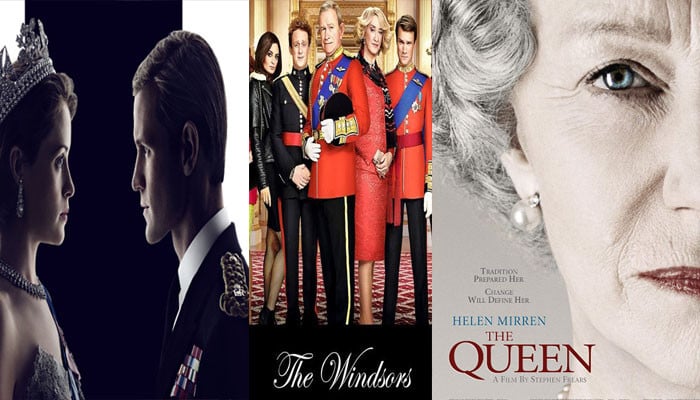 The Queen Elizabeth II died at the age of 96 on September 8, 2022 in Buckingham Palace Scotland. The monarch has left her legacy behind, the Royal family and the whole world are grieving the loss of her majesty.

The streaming giant Netflix has a list of shows and movies revolving around the Royal family, the king and queenship, conspiracies attached to the monarchy and untold stories of their lives.

The Crown revolves around the turbulent life of the queen, every aspect of her life since her rise to the throne is depicted. The latest season of the show is based on hurdles of Queen Elizabeth II, Charles and Diana facing in their married life and awkward relationship with Prime Minister Margaret Thatcher.

For those unversed, further production of this show has been suspended after the demise of Queen Elizabeth II.

2. The Royal House of Windsor

It is a documentary series that portrays the life of the royal family post WWI, from the time when Queen’s grandfather, King George V saved the monarchy, the events that lead to King Edward VIII’s abdication and more.

The musical is about the life of the world’s most favorite woman Diana, the show presents the trails and the hurdles she faced after meeting and marrying Prince Charles.

The Windsors is a British sitcom and parody of the British royal family. The drama is a satire in which the lookalikes of the royal family members Prince Charles, Prince Harry and the Duchess of Cornwall are turned into caricatures. The stories are completely fictional but they are inspired by real events.

This Oscar-winning film is a take on the life of Queen’s father, King George VI, who overcomes his stammering problem with the help of a therapist who later becomes his friend, his struggles as a family man who never expected to become a king towards becoming one, amid World War II.

Secrets of Great British Castles is a British history documentary series produced by Dan Jones, in this series some of the most incredible castles and their famous inhabitants are featured. Castles like Tower of London, Caernarfon Castle and Warwick Castle are explored. This documentary is indeed a treat for history and heritage lovers.

The movie was released in 2006, it depicts the struggle of Queen Elizabeth’s with her reaction to the sequence of events nobody expected or predicted, after Lady Diana’s passing.