Oprah Winfrey is the cynosure of all eyes at TIFF, see photos 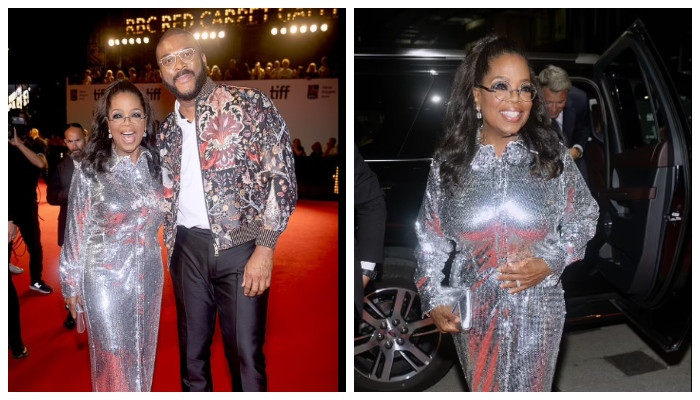 Oprah Winfrey was the cynosure of all eyes in a glittery sequin gown as she led the stars at the premiere of Sidney Poitier’s documentary during TIFF.

The seasoned TV host, 68, was present for the world premiere of the new documentary about the late Hollywood screen legend Sidney Poitier.

Not only did the so-called Queen Of All Media consider him a mentor and friend, but she also helped produce the new film with Derik Murray.

Directed by Reginald Hudlin who worked with writer Jesse James Miller, Sidney made its much-anticipated debut at the Toronto International Film Festival on Saturday, which sadly comes eight months after Poitier’s death at the age of 94.

Winfrey was looking breathtakingly gorgeous when she arrived in front of Roy Thomson Hall, just feet from the red carpet.

Putting on her infectious smile, the legendary talk show host rounded off her look with sparkling earrings and a couple of matching rings.

Oprah, was all smiles as she posed with a friend and filmmaker Tyler Perry.

Sidney tells the story of the life and career of heralded actor and director, who has the distinguished honor of being the first black actor to win the Academy Award for Best Actor.