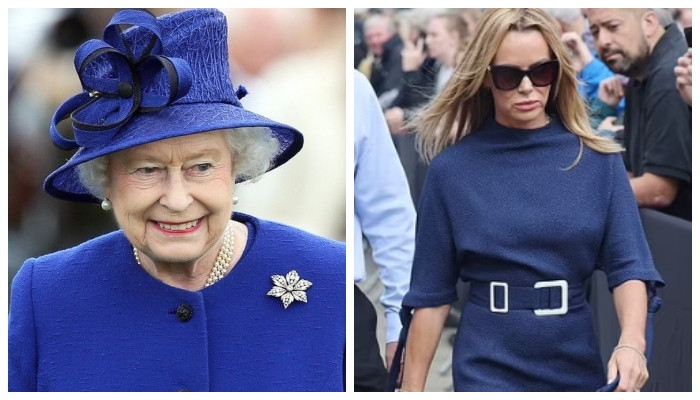 Amanda Holden arrived at Buckingham Palace to pay her respects to Queen Elizabeth II on Friday – a day after she died aged 96.

The TV star, 51, cut a sombre figure as she walked among the crowds who were lining the streets of The Mall to pay tribute to Her Majesty, wearing a smart blue dress.

Earlier, she took to Twitter to pay tribute to the Queen.

She wrote: ‘I think we all believed our Queen would live forever.. her grace, good humor and indomitable spirit were the backbone of Great Britain..

‘I cannot imagine our country without her… #GodsavetheQueen.’

Amanda has had the pleasure of meeting Queen Elizabeth in person on several occasions, most recently in 2015 at an event held at Battersea Dogs and Cats Home.

Earlier this year, the presenter enjoyed a morning of royal company at Clarence House in London to celebrate the 160th Anniversary of the Battersea Dogs and Cats Home animal welfare charity, for which she is an Ambassador.