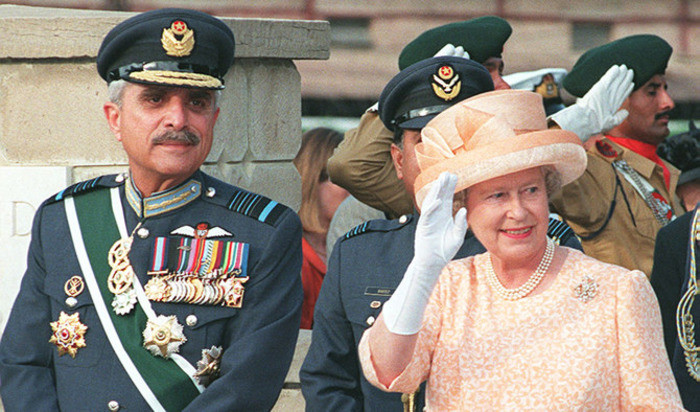 Late Queen Elizabeth II’s little-known fact is that she ruled Pakistan for 4 years without interfering in the politics of the country.

Britain’s longest-reigning monarch role as the queen of Pakistan was largely ceremonial. Further, her duties were performed by any of her governor generals.

Further, the government of Pakistan splashed out nearly Rs482,000 for the queen’s coronation which former prime minister Muhammad Ali Bogra defended by stating that “Pakistan being a member of the Commonwealth “has to fall in line with other sisters’ Dominions on such occasions” .

However, as the queen of Pakistan, she abstained from interfering in the country and its politics.

Citing an example, The Diplomat wrote, then governor-general Sir Ghulam Muhammad had removed prime minister Sir Khawaja Nazimuddin in 1953 for trying to maintain the power of balance between the two wings of Pakistan. The ‘fired premier’ tried to reverse this decision by pleading with the queen, but she declined to intervene.

Lilibeth’s Strict non-interference in the political decisions of the former colonies of Great Britain ie, Pakistan and India, despite their vocal bitterness towards colonialism led Ayesha Jalal, professor of history at Tufts University to call her a “non-controversial figure in South Asia.” “

“It’s “remarkable” that the queen “was not a controversial figure in the otherwise fairly dense annals of South Asian anti-colonial nationalism,” adding “good PR [public relations],” is the reason behind it, the eminent professor told VOA.

Her reign over the country ended in 1956 after Pakistan adopted a republican constitution.

It is pertinent to mention here that the newly-independent country was ruled by several British heads of state for a total of nine years.