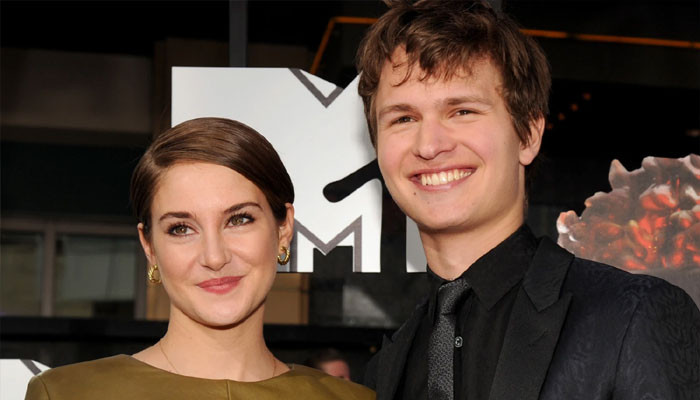 Shailene Woodley and Ansel Elgort sent the internet into frenzy after the Baby Driver The actor dropped pictures featuring the two getting cozy with each other.

In the images shared on Elgort’s Instagram account, the famous The Fault in Our Stars leads could be seen cuddled up and dining together while on vacation in Italy.

“It’s the time of the season for loooovvingg,” the 28-year-old captioned the series of pictures that also showed him with his friends and mother Grethe Barrett Holby.

Another picture featured the 30-year-old beauty as she cupped her hands while Elgort’s pouring her a glass of wine.

Elgort also shared a snap of the duo recreating the Dirty Dancing lift on his social media account a day before with the caption, “Clean dancing w Shai.”

Fans of the pair were over the moon as they showed their excitement in the comments section assuming that Woodley and Elgort are romantically involved.

“Wait! You guys dating!?,” one fan asked as another penned, “This brought back so many memories!! love to see you two.”

“Ownnnnn (red heart emoji) the romance of the fault in the stars is not over,” posted another while the comment read, “Are Gus and Hazel together in real life??”

Woodley parted ways with her ex-fiancé Aaron Rodgers in April this year whereas Elgort was reportedly seen kissing a mystery woman last month hinting at his breakup with Violetta Komyshan.