by News Desk
in Gilgit-Baltistan
Reading Time: 1 min read
A A
0
0
SHARES
Share on FacebookShare on Twitter 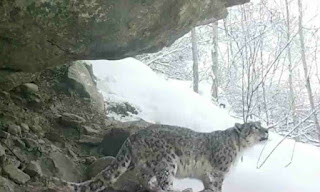 Hunza (Azadi Times- Jalal Hussain) Hunza Gojal attacked the cattle sheds near the houses of the snow leopard in the village of Morkhon, killing 35 small and big cattle.

Last night, more than two dozen cattle were killed and a dozen were injured in a leopard attack on cattle sheds in Morkhonabadi village of Hunza Gojal district. Illegal hunting has been banned. Wildlife conservation is important for the construction and development of the area but millions of poor landowners are facing loss due to such incidents.

Compensate for the loss of more than two dozen livestock killed in a leopard attack to further enhance wildlife conservation in the area.