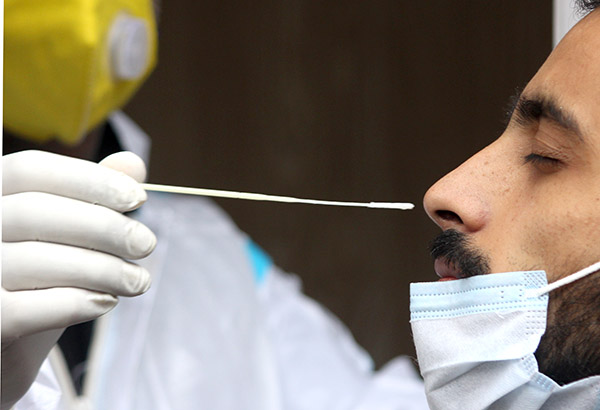 Srinagar: During the last 24 hours, 10,971 tests were carried out in Jammu and Kashmir for the diagnosis of corona virus in which 74 persons reported positive:

According to the data provided by the health department, no report has been received positively in 10 districts of Jammu and Kashmir while 74 people have been declared positive in the other 10 districts. He belongs to Kashmir.

In 6 districts of Kashmir province including Budgam, Bandipora, Kupwara, Ganderbal, Kulgam and Shopian no report has been found positive while in other 4 districts 24 persons have been declared positive including 20 in Srinagar district, 1 in Baramulla, 1 in Pulwama and 2 in Anant. One report in Nag has been positive.

The total number of victims in Kashmir has reached 288,090. For the seventh day in a row, no one has died of the corona virus in the valley.

The total number of deceased remains 2,425. In 4 districts of Jammu province including Poonch, Kishtwar, Doda and Reasi, no report was positive while in other 6 districts including 39 in Jammu district, 2 in Adhampur, 1 in Rajouri, 3 in Kathua, 2 in Samba and 2 in Ram Bin. 3 people have reported positive.

7 Ways to Treat a Sinus Infection