In order to maintain...

The car of passengers...

If the supporters of...

District Returning Officer Jhelum Valley has said in one of his messages that...
HomeHealthWhat to eat...

What to eat to boost immunity naturally? 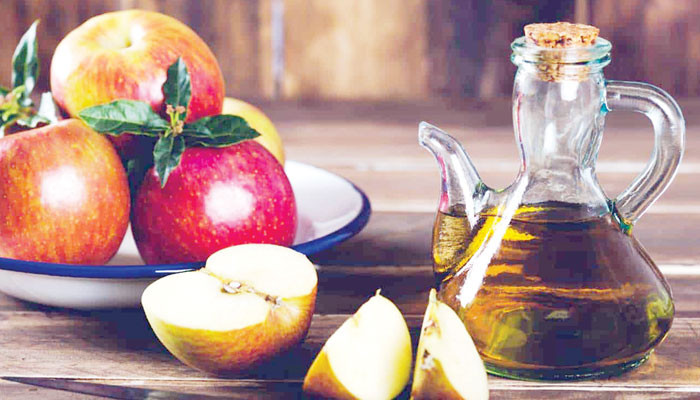 What a person eats, what he drinks, how much he exercises, all these things play an important role in increasing immunity. Consuming a diet rich in calcium along with a variety of vitamins, adequate amounts of protein and lean meats is key to keeping the immune system active. Medical experts recommend consumption of foods that boost immunity like yogurt, spinach, garlic, banana, fish, egg, cheese, ginger, lemon, sour fruits like cano, grapefruit, honey and various fruits etc. .

Vitamin C is essential for boosting immunity. Vitamin C is an important physiological antioxidant that plays an important role in collagen fiber and neurotransmitter formation and protein metabolism. Sour or tart fruits are rich in vitamin C. The results of a study showed that adding flavorful citrus fruits such as oranges, lemons, grapefruits, and grapefruits to the diet is beneficial for staying healthy. According to the results of a research study, vitamin C deficiency slows down the healing process of wounds and weakens the body’s immunity to prevent infection.

Three types of natural sugars (sucrose, fructose and glucose) are found in this fruit with many benefits. Due to the fiber it contains, it is considered an important source of quick energy. Bananas contain most of the B and C vitamins. A banana contains 4 times more protein, twice as much carbohydrates, three times as much phosphorus, five times as much vitamin A and iron and twice as many other vitamins and minerals as an apple. Its milkshake helps in improving the nervous system in addition to boosting the body’s immunity.

Apple cider vinegar is rich in nutrients and antimicrobial properties. It is an excellent choice to keep the body free from co-infection and boost immunity quickly. Pectin, a component found in apples, when digested, is converted into good bacteria in the body and thus increases the production of antibodies and white blood cells, which fight disease.

In the light of the results of researchers from Copenhagen University in Denmark, it has been revealed that vitamin D also plays a key role in strengthening the immune system. With its help, cells that kill various germs are produced. According to another study, vitamin D plays an important role in boosting immunity. Vitamin D deficiency makes the body vulnerable to infections. Include foods rich in vitamin D in your diet such as fish, cheese, egg yolks and some mushrooms. In addition, sunlight is also an excellent source of vitamin D.

According to medical experts, the antioxidants in ginger play an important role in improving and strengthening the immune system in the human body. The substance called ‘gingerols’ found in it, although it causes the bitter taste, but this is also the reason for the medical benefits of ginger. Due to these medicinal benefits, ginger is also used in traditional and non-traditional methods of treatment. According to experts, fresh ginger should be used instead of dry to get the best benefits.

Garlic also plays an important role in increasing immunity. Eating it on an empty stomach strengthens the body’s immune system and prepares the body to fight diseases. Garlic is a natural antibiotic. It is used to thin the blood as well as speed up the blood circulation.

Turmeric is an excellent antioxidant, which is beneficial for the human body in many ways. Its use has been considered important in medicine for years. Due to its anti-inflammatory properties, turmeric instantly solves many health problems and protects against cancer.

Yogurt is recognized as the superhero among dairy products. It is not only a means of increasing immunity and fighting diseases, but it is also considered as a treasure of vitamin D and natural protection of the body. Adding different fruits to yogurt can further increase its effectiveness. Yogurt is rich in calcium, protein and probiotics. The probiotics (beneficial bacteria) found in it not only improve the digestive system but also strengthen the immune system.

Olive oil is excellent for a strong immune system. It contains omega-6 factor, which prevents the body from suffering from many dangerous diseases. Being an antioxidant, olive oil prevents toxins, infections and other germs from attacking.

Consuming green tea reduces the onset of joint pain, heart diseases and diseases like Alzheimer’s. It also brings peace of mind. Not only this, green tea contains plenty of polyphenols, which boost immunity against malignant diseases like cancer.

Spinach helps the immune system to fight various infections due to the presence of vitamin C, A, beta-carotene and other important nutrients. However, while using spinach, care should be taken not to cook it for too long as its nutritional value is retained due to undercooking.

Immunity can also be increased through various types of exercise along with the use of natural ingredients and natural foods. They not only help in maintaining proper blood circulation, but also prevent obesity, joint diseases and certain types of mental disorders.

In order to maintain peace and order during the local elections and to support the civil administration, the Pakistan Army has assumed its responsibilities....

The car of passengers coming to vote died in the suburbs of Hattian Bala, one victim of an accident near Aliot died, three people...

If the supporters of any candidate attempt to disturb the law and order, the candidate may face disqualification along with legal action against those...

A 16-year-old girl can be operated without her permission,...

A 16-year-old girl can be operated without her permission, the court ruled

In order to maintain peace and order during the local elections and to support the civil administration, the Pakistan Army has assumed its responsibilities....

The car of passengers coming to vote died in the suburbs of Hattian Bala, one victim of an accident near Aliot died, three people...