Justice For Tanveer Ahmed A UK Based Kashmiri Journalist 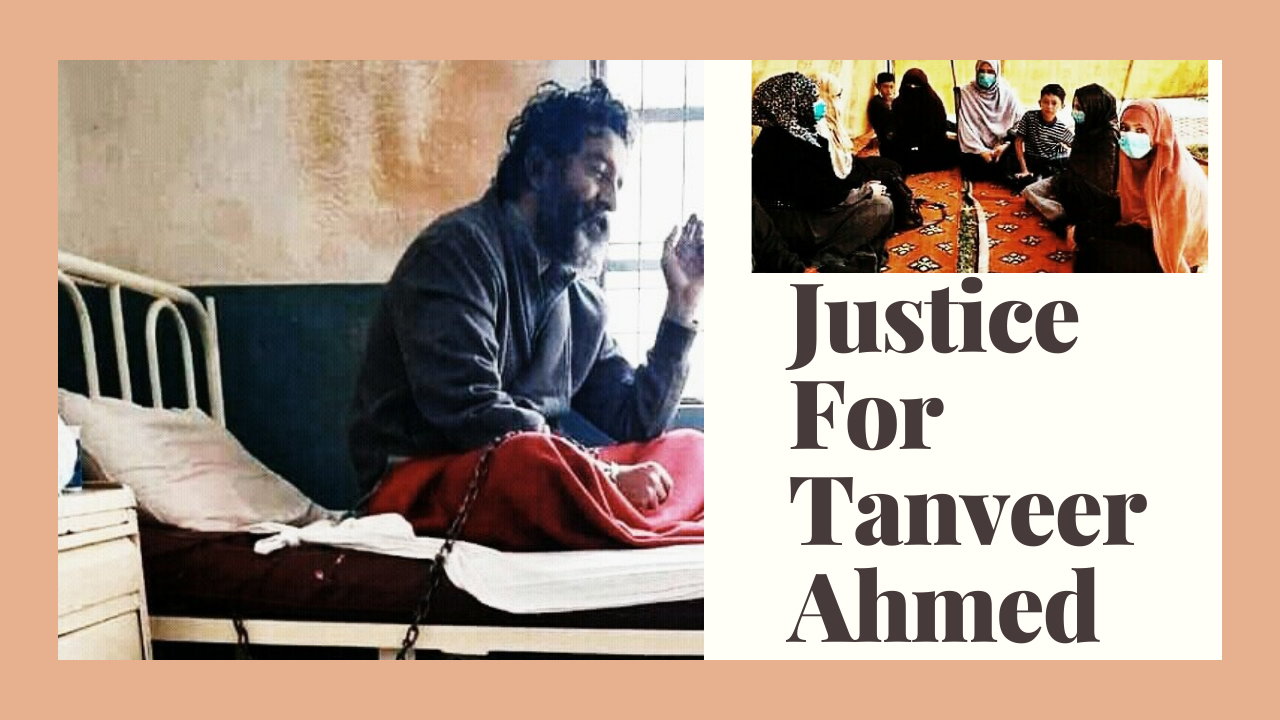 Tanveer Ahmed lives in Pakistan-administrared Jammu and Kashmir. He is a Journalist He worked many years with BBC News. He has been in jail for 9 months of United Kingdom (UK). He was arrested on 14 August 2020 when When they were on hunger strike on the tomb of Maqbool Bhat a Kashmiri leader. Tanveer Ahmed’s demand was that thr Flag of Pakistan should be take off the flag of Pakistan from the Tomb, of a Kashmiri Leader He wanted to wave the flag of Jammu Kashmir  because this Tomb is of a Kashmiri leader. He took a 3-day hunger strike over this demands at Maqbool Bhat Memorable when his demand was not accepted by local administration, he himself took off the flag of Pakistan and waved the flag of Kashmir. Where he has been su suffering from prison for past nine month, he is taken to various torture cells where he is tortured. His condition has been very bed for the last several days. He told his family members that here they are tortured and given injections that upset their mental balance. Tanveer Ahmed’s wife had also staged sit-in with her children for Tanveer Ahmed’s release. Many Media Reporters went to Tanveer Ahmed’s family and conveyed their position to government, but Tanveer Ahmed was not released. Rallies were held acros Pakistan administrated Jammu Kashmir for his release.