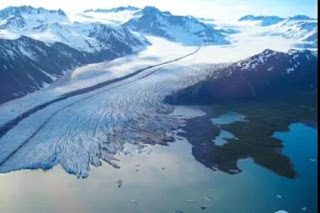 Experts have discovered a new island in the coastal region of Greenland, a discovery that has spread Denmark a little further:

Rebel TV: Experts call the island the northernmost landmass in the world. Located to the north, however, it is said to be soon swallowed by seawater, as the island is only 30 to 60 meters above sea level. Experts say the new island was formed by melting ice This is a direct result of global warming, which has caused the Greenland ice sheet to shrink.

According to Morten Rush, head of the Arctic Research Station in Greenland, after arriving at the site, scientists thought they were on the island of Oudak, which was discovered by a Danish survey team in 1978, but the reality was that we were the world’s Extremely northern arid lands have been discovered. This discovery has spread Denmark a little further. The Oudak is 700 km from the southern part of the North Pole, while the new island is 780 m north of Oudak.

The United States had set up an air and radar base on the island at the start of the Cold War, which is now used to monitor space and to warn of possible ballistic missiles in the far north of the United States. Former US President Donald Trump also wanted to buy the island of Greenland in Denmark, an offer that was immediately rejected by the Prime Minister of Denmark, on which Trump called him rude. The US desire is very old and was first considered in 1860.

To the east is the Greenland Sea. The Arctic Ocean is to the north and the Bay of Biscay to the west. The closest countries are Canada and Iceland. Greenland has the largest national park in the world and Greenland is also the largest island in the world and the largest non-independent state in the world in terms of area. However, since 1950, scientists have been investigating whether there is more than one island that has been joined by ice.

Most of Greenland’s populations are located on snow-free beaches and are abundant on the west coast. The northeast is the largest park in the world. To the far north of Greenland is Pierreland, where there is no snow due to dry winds.

The climate here is so dry that no snow can form here. If all of Greenland’s ice melts, sea levels around the world will rise up to seven meters, while Greenland itself will become a collection of islands.