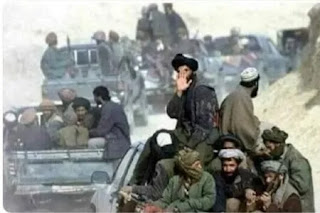 8 Taliban killed during fighting in Panjshir Valley of Afghanistan. DAILY AMV TRIBUNE: According to foreign media, member of resistance front Fahim Dashti says that Taliban attacked a check post in Panjshir last night and 8 Taliban personnel were killed in retaliation:

Panjshir has been the only province to resist the Taliban since the fall of Kabul on August 15, although there have also been clashes between the Taliban and local militia forces in the neighboring province of Baghlan. There has been fighting.

According to foreign media Dashti says the Taliban attacked a check post in Panjshir last night and in retaliation, eight Taliban personnel were killed and several others, including two members of the resistance front, were injured. Panjshir has been the only province since the fall of Kabul on August 15.

There has been fighting between the Taliban and local militia forces in neighboring Baghlan province as well. Fahim Dashti, a spokesman for the National Resistance Forces, a group loyal to local leader Ahmed Masood, said the fighting was at the western gate of the valley.

The Taliban attacked NRF positions in retaliation, killing eight Taliban and wounding the same number. It was decided There is troll but Panjshir Valley is the only area where resistance is taking place. The resistance force in Panjshir Valley is led by Ahmed Masood, the youngest son of former jihadi commander Ahmed Shah Masood.

He had recently said in an interview that surrender was not in his vocabulary and he would rather die than surrender. Media reports said two days ago that the Taliban Taliban leader Anas Haqqani has said that the US occupation of Afghanistan has ended after 20 years. “I am happy that we have made history in Afghanistan once again and we are fortunate to see these proud moments,”

The 20-year occupation of Afghanistan by US and NATO forces ended today. After 20 years of jihad and sacrifices, these historic moments are a source of pride.