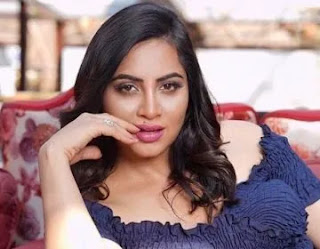 MUMBAI: Indian actress Arshi Khan has hinted at not marrying an Afghan cricketer for fear of the Taliban, saying her family will not continue the relationship:

India’s most controversial TV show ‘Bigg Boss’ Indian actress Arshi Khan has been in the news all the time after the changing situation in Afghanistan due to her recent videos in which she revealed that she is not from Pakistan but from Afghanistan and her father Immigrated from Afghanistan to India and now we are Indians.

The actress said in an interview that my father had got me engaged to the son of a friend of mine who is a player of Afghanistan cricket team and this relationship took place with the consent of the family.

I will find a relationship myself. It should be noted that actress Arshi Khan has also released a web series called ‘The Devil Inside’ last week in which the actress has played the lead role. She has also acted in a Tamil film. She has also appeared in several drama series and music videos.