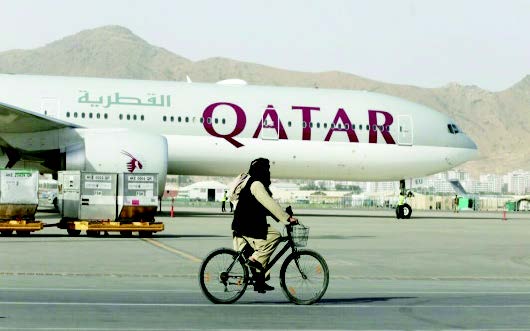 KABUL: The Taliban and the United Arab Emirates are ready to sign an agreement to operate Kabul Airport and several other airports in Afghanistan, which could be announced in the coming weeks:

The Taliban, whose government is still isolated and isolated globally without formal recognition, has approached regional powers, including Qatar and Turkey, to operate Kabul Airport. Kabul Airport Afghanistan Is the main route of air communication.

However, after months of talks and the possibility of a joint UAE-Turkey-Qatar agreement, the Taliban are ready to hand over all operations to the UAE, sources said. Afghan airports were operated.

This is an agreement that will help the Taliban government reduce its isolation and isolation from the outside world as it seeks to alleviate the suffering of a country suffering from drought, widespread hunger and economic crisis.