Support for terrorism, Pakistan remains on the gray list

by News Desk
in International
Reading Time: 1 min read
A A
0
0
SHARES
Share on FacebookShare on Twitter 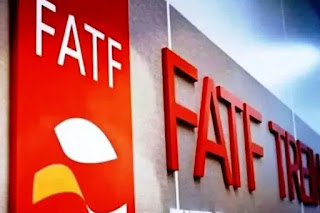 PARIS: The Financial Action Task Force (FATF), a global watchdog on money laundering and terrorist financing, has decided to put Pakistan on the gray list.

The FATF says that Pakistan has taken steps since June 2021 to curb money laundering and terrorist financing. Needs to be further improved.

According to the statement, Pakistan needs to work on one point left in the 2021 action plan. Pakistan was put on the gray list in June 2018

Protests erupted in front of the Pakistani Consulate in Bradford, UK, in support of the Rawalakot prisoners