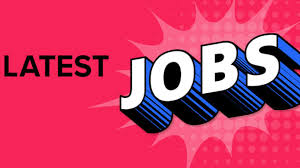 The posts of Medical Officers have not been created in Kuttan, Neelam, Karen, Changan, Sargan, Bukanwan, Shogran, Kil Dumel, Janoi, Halmat, or Luat Bor. The matter has been sent to the Finance Department for the creation of posts of Medical Officers and necessary Paramedics for these Health Centers under the Secretariat of Public Health, which is pending in the Finance Department.

After the creation of vacancies, the procedure for appointment/appointment will be taken up as per the rules. Currently, there are 70% non-technical and 30% technical vacancies in the Azad Kashmir (AJK) health department. We currently need three thousand more doctors. Providing the best health facilities in remote areas is a priority of our government. In response to a question from Member of Assembly Ms. Nabila Ayub Khan, Finance Minister Abdul Majeed Khan said that licenses are issued to mobile companies in Azad Kashmir by the Pakistan Telecommunication Authority, Government of Pakistan, under the Telecommunication Organization Act, 1996.

The Communications and Public Works Department coordinates the issues related to Azad Kashmir Roads Communication. We have written a letter to the federal government to provide the due amount. We have determined the tax amount while the income amount is still outstanding. With reference to the salaries of mobile campaign employees, I direct the Secretary of Labor and Industry to submit a report to rectify the matter.

What are the 10 best cities to study in the world?

Vacancies in Local Government Board AJK see link for details