by News Desk
in Kashmir, Top Stories
Reading Time: 3 mins read
A A
0
0
SHARES
Share on FacebookShare on Twitter 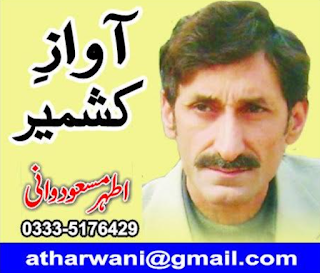 CNN and Le Figaro also asked about relations with India and Kashmir on the occasion. Attempts were made to compare the situation with the situation in China’s Shen Jian region. Imran Khan said that the decision to recognize the Taliban government in Afghanistan could only be taken by Pakistan together with other countries in the region.

He said the establishment of a stable government in Afghanistan was also important in curbing the presence of terrorist groups there and would boost regional trade through the Indian Ocean to Central Asia. In an interview to CNN correspondent Farid Zakaria, Imran Khan said that Pakistan’s position is that Kashmir is a disputed territory between Pakistan and India, adding that 100,000 Kashmiris have been killed in the last 35 years While Kashmir is a disputed territory between Pakistan and India as per UN Security Council resolutions, there are 800,000 Indian troops in Kashmir, Kashmir cannot be compared to Shin Jian, but not so much attention is paid to it. As much as this issue is being given due attention. What is being done in Kashmir is criminal.

In an interview to “Le Figaro”, Imran Khan said about the talks with India that Wants good relations with Kashmir but talking to New Delhi without restoration of Kashmir sovereignty would be tantamount to treason with Kashmiris. The attitude of BJP government and RSS towards Pakistan and Kashmir is worrisome. We are dealing with a government that is not rational, whose ideology is based on hatred of religious minorities and Pakistan, we cannot talk to them. Prime Minister Imran Khan said that the issue of appointment of Pakistan’s ambassador to Paris At the official level, Pakistan’s position on Kashmir is that the Kashmir issue is a matter of Kashmiris’ right to self-determination.

The clear majority of the people of the disputed state of Jammu and Kashmir have complained that the Kashmir issue should be seen in the world as a territorial dispute between Pakistan and India instead of Kashmiris’ right to self-determination.

At the international level, India considers the Kashmir issue as a bilateral issue with Pakistan, but instead of resolving this issue, it has run away from the talks by imposing its own conditions on Pakistan. India clearly seems to be pursuing a strategy of forcing Pakistan to take a weaker and weaker position in the Kashmir issue. The issue of self-determination is to be resolved through a referendum in accordance with UN Security Council resolutions.

However, now the issue of Kashmir being presented by Prime Minister Imran Khan in the international media as a disputed region issue between Pakistan and India is contrary to the traditional Kashmir policy of Pakistan. The policy has been announced in which an attempt and desire has been expressed not to go to war with India in any case.

The issue of Kashmir is getting lower and lower in the priorities of the Pakistani administration and now it seems that the issue of Kashmir in Pakistan has been made like the mustache of a poor man who keeps it instead of showing fear. It is important to try to protect yourself by lowering your mustache when needed

Karakoram Highway, the eighth wonder of the world during its construction had cut hands