by Web Desk
in News
Reading Time: 8 mins read
A A
0 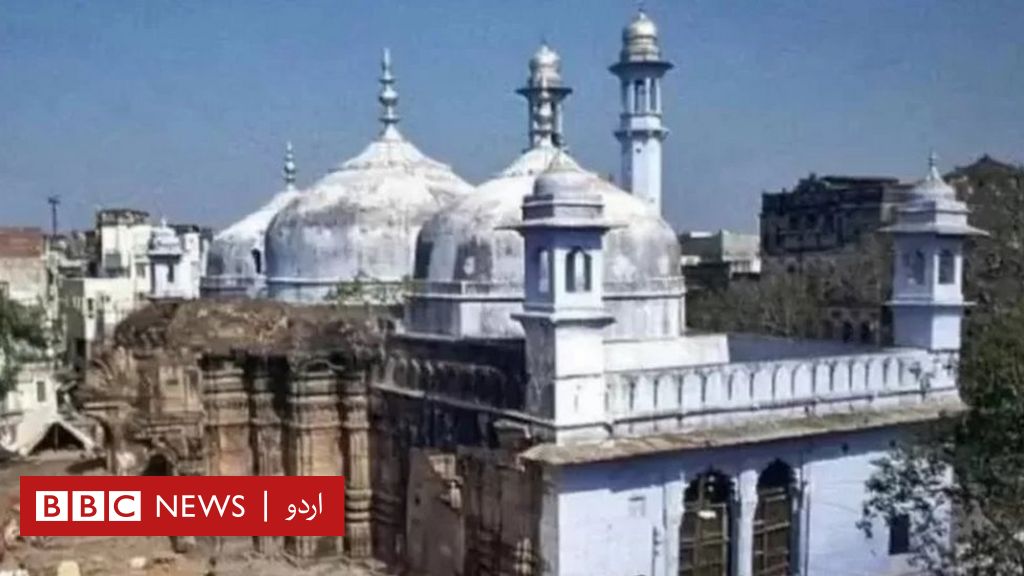 A Varanasi court in the state of Uttar Pradesh on Monday rejected a plea by the Muslim Jamaat Anjuman Committee, challenging a suit by Hindu worshipers seeking permission to worship at the Gyan Vapi Masjid premises. Were.

District Judge AK Vishwaswa ruled that the suit filed by the Hindu worshipers could not be barred by the Place of Worship Act. The Act freezes any changes to the nature of religious sites made after August 15, 1947, prior to that date.

This decision means that the civil suit filed by the Hindu side will be heard in detail and the evidence will be examined.

However, after this claim came to light, a local court here ordered the immediate sealing of the place in May this year. While the Muslim Personal Law Board, a representative organization of Muslims in India, declared the claim that came out as a result of the survey and the order to close the ablution room of the mosque based on it as ‘illegal’.

Justice Ravi Kumar Diwakar, in his order, wrote: ‘It is ordered that the place from where the Shivling was found be sealed immediately and entry of any person into the sealed place shall be prohibited.’

“India is happy today,” Manju Vyas, a petitioner from the Hindu side, told news agency ANI after the court’s verdict. My Hindu brothers and sisters should light the lamps to celebrate’.

Sohanlal Arya, petitioner on behalf of the Hindu parties, said that this is a victory for the Hindu community. The next hearing is on September 22. This (decision) is the foundation stone of the Gyan Vapi temple. People are requested to maintain peace.

Five women from Delhi had filed a petition seeking permission for daily worship of Hindu deities, which they claim are located on the outer wall of the Gyan Vapi Masjid.

The district administrator has declared Section 144 in Varanasi ahead of the order and arranged tight security.

Even before this, questions have been raised on the Gyan Vapi Masjid by the Hindu parties.

A court case was filed in 1936, which was decided the following year, and in that judgment, first the lower court and then the High Court held that the mosque was waqf property.

Before the Babri Masjid was demolished in 1992, apart from Babri Masjid, a mosque in Mathura and Gyan Vapi Masjid in Varanasi were claimed by Hindu parties.

Abhay Yadav, the mosque’s lawyer for the Anjuman administration, told BBC correspondent Anant Jhane that a case was filed in 1991, claiming that the mosque on which it was built belonged to Kashi Vishwanath. There is land, so the place of worship of Muslims should be removed and Hindus should occupy it.

The matter is currently in the High Court.

Also in 1996, a person named Sohanlal Arya filed a petition in a court in Varanasi, demanding a survey, but the survey was not carried out.

It may be noted that one of the five women petitioners demanding the survey this time is Lakshmi Devi who is the wife of Sohanlal.

The root of the conflict Is this shivling?

It should be noted that Hindus worship Shivling as a symbol of Lord Shiva and the source of creation of the universe. In Hindu tradition, it symbolizes all forms of creation and the power of creation.

We asked Hindu scholar and renowned journalist Madhukar Upadhyay about Shivling and he said that Shiva or Shiva is one of the three most important gods of Hinduism. One is Lord Brahma, who is considered the creator of the universe in Hinduism, while the other is Vishnu, who is said to be the sustainer of things, whose incarnations include Rama and Krishna, while the third is Mahesh, who is actually Shiva and is known as Shankara, He is also called by many names like Mahadeva and Bhole and is considered to be the all-powerful or omnipotent God.

Shiva is a late arrival in Hindu tradition and is considered a non-Aryan deity. According to Madhukar Upadhyay, the earliest known Shivalinga temple is at Amarkantaka temple in Madhya Pradesh, where it was worshiped by Adi Shankaracharya of the 8th century AD. It has now gone deep underground so it is quite a difficult task to get there.