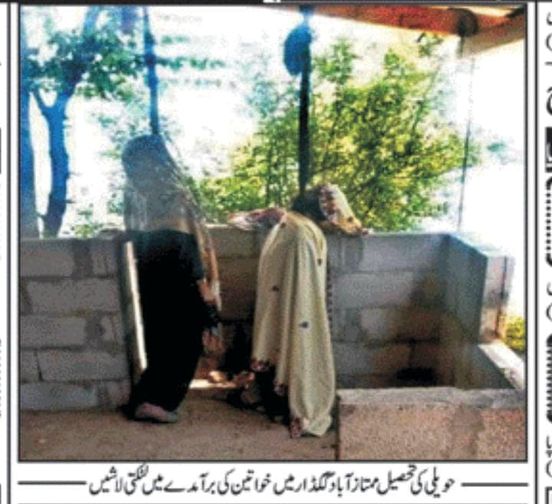 Azad Jammu and Kashmir’s Haveli Kahuta Mumtazabad after the murder of a mother and daughter after the hanging of the Atif Maqbool’s protest against the discovery of hanging bodies.
CEO of the digital J&K Campaign, a famous young Politician and Blogger Atif Maqbool said that the savage beasts involved in the murder of two women, mother and daughter should be arrested and brought to justice.
Azad Jammu and Kashmir are no joke that ordinary women should be subjected to their cowardly dishonesty and commit the most serious crime. He appealed to the government, human rights, and women’s rights organizations and forums to take notice of the matter and take immediate action against the beasts. He said that the bodies of the slain women were identified as Sharifa B, wife of Muhammad Siddique aged 60 years, and Zahid Begum wife of daughter Muhammad Siddique aged 25 years. He demanded that a high-level judicial commission be set up to inquire into the tragedy and that it be brought to the notice of human rights organizations and journalists in the whole of Azad Jammu and Kashmir. The oppressors have committed the worst atrocities against the sons of two Eves which is hardly an example in the world.
He said that respect for human rights has risen in Azad Jammu and Kashmir. The writ of state government institutions should end. He said that now the law of the jungle has become so strong that hanging bodies of women are being found. Expressing concern, he said that the most serious violations of the basic human rights of women are being committed. The exploitation of women in the region. Is on the rise. In all cases, only women are punished. If the beasts are not brought to light within 72 hours and the facts are not brought to light, we will launch a strong protest movement.