By News Desk
Share
Facebook
Twitter
Pinterest
WhatsApp
Linkedin
Email
Print
Telegram
In this column I will tell you about the current political situation, in the region of Occupied State, of Jammu and Kashmir which is going to hold General Elections 2021, in Pakistan-administered Azad Jammu and Kashmir, and also about the political parties, there. Will be done.

Is it possible to prevent threats to political parties? 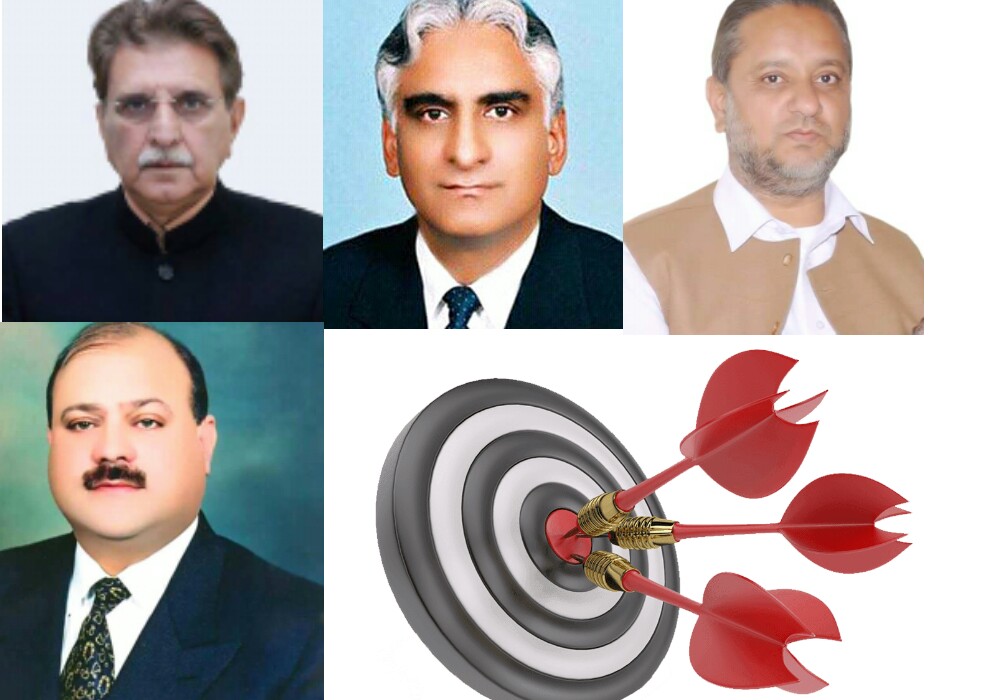 As the elections approach, political maneuvering is on the rise in Azad Jammu and Kashmir as well. In the past too, many leading leaders have changed allegiances to their political parties, but the lack of timely and effective access to information to the common man has not been as ridiculous as it is in this age of social media.

In the present day, comments on the work that is to take place even after six months or a year have already started, which is not without reason, but the political leaders or activists who have changed their minds are trying to check public opinion by initiating such a debate. As in the last few weeks, two former ministers from Muzaffrabad division who changed their political paths today to come to power quickly, regarding whom discussions have been going on for a long time on social media, one gentleman would change his position in the morning and evening. And finally the story ended today after which the headlines of comments on social media have changed. Some are welcoming these political decisions and some are calling these people “looted and forgotten kindness”. It will fill as it does.
In the politics of Azad Jammu and Kashmir, if anyone cultivates individualism instead of party discipline and ideology, then he is the family of Mujahid I under the leadership of the Muslim Conference. Several leaders / presidents of this party had passed from the time of Mujahid I but none of them deviated from the party discipline and But first Sardar Abdul Qayyum and later his son Arjumand Tahiyat took over the leadership of the Muslim Conference as a grandfather’s legacy which increased the tendency of individualism instead of ideology. This breach of party discipline was not confined to the High Command but the second line leadership / Assembly candidates also fostered the same thinking in their constituencies, the result of which is seen in practice today.
It so happened that Diwan Chughtai, a former AJK Assembly candidate and former minister of the Muslim Conference from our constituency, left his state party and joined a Pakistani political party. Which is undoubtedly the cause of the weakness of political parties.
The second major stigma in political parties is that no rules have been laid down for leaving one party and joining another, even though at least one of the ticket holders has to leave at least one party and join another party or get a party ticket to contest elections. But there should be a two-year ban, which could end uncertainty in politics Since the arrival of parachutists in the days of elections on the one hand exploits long-serving workers and on the other hand makes it difficult for the party they are leaving to handle and find alternatives.
This as clear as day that there were ideologies in politics, they were not eliminated, there was only one goal and it is still there, make money. Despite this, there is one creature who still has ideology and Mohsin Nawaz, he is a voter.
The common man who performs any work such as appointment, transfer, scheme, marriage, end of charity or Fatiha who is a political leader, the simple voter keeps voting for the same kindness all his life. The simple voter does not even think that Its leader, through his superior leader, is unfaithful in spite of gaining more work and interests than his lowly work, but still demands loyalty from his worker. The simple voter pays his favor and gives him ideology and Decides to be a matter of conscience.
Ever since the race for self-interest has intensified in politics, indifference, intolerance, prejudice, conspiracy and forgetfulness have also been nurtured. The aim of the political parties is to gain power only by fulfilling the number game, which is why even the seekers of power cross all boundaries. If all the AJK Political Parties want to work together to end this uncertainty, it is possible the wreckage of failure sahake the burden of the heart by putting the burden on each other
But the common man is dying of hunger, poverty and dynamite in the valleys of Jammu and Kashmir due to this game of yours.
We you think about political system in AJK independent part of Occupied state Jammu Kashmir write your felling in comment section.