by Web Desk
in News
Reading Time: 3 mins read
A A
0 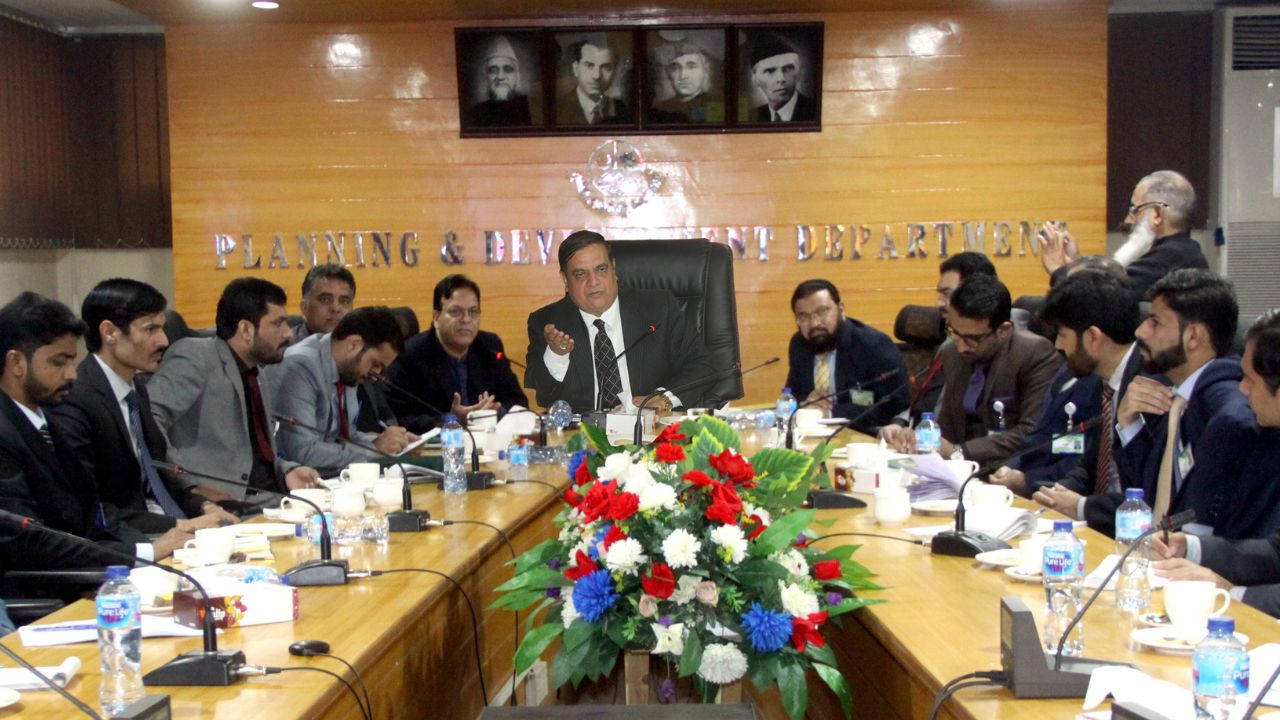 Muzaffarabad (Dharti News) In the severe earthquake of October 8, 2005, the loss of 73 thousand precious human lives and the destruction of public and private property worth billions of rupees had to be endured. Buildings in other sectors including governance have been constructed and handed over to the relevant departments. Unsafe constructions in rivers and canals in violation of building codes may lead to loss of human lives in the future. These views were expressed by Secretary Sierra Azad Kashmir Zahid Abbasi, Provincial Services Academy Peshawar. While giving a briefing to the officers under training about the reconstruction program, on this occasion Director Administration and Planning Sira Abid Ghani Mir told the delegation of officers that after the natural disaster of the earthquake, the people of Pakistan, the armed forces of Pakistan, friendly Islamic countries and the world The community generously provided financial support for rehabilitation and reconstruction, as a result of which, world-class institutions and facilities were built in 14 sectors including education, health, utilities, works, communication, at that time the biggest challenge in the earthquake-affected areas of Azad Kashmir. Education and health 1100 projects have been completed, for which an amount of 30 billion rupees is required. Currently, there are hundreds of projects on which billions of rupees have been spent from the national treasury. They are in the final stages of completion, but due to lack of financial resources, they are not being completed. Lakhs of students are forced to study under the open sky in cold weather in remote areas. Secretary Sira Zahid Abbasi said that natural disasters including earthquakes and floods in Pakistan and Azad Kashmir are God’s will. Keeping in mind that a strategy of less loss of life and property can be adopted through safe construction for the future, building codes have been set before construction for the risks identified by Japanese experts in Pakistan as a result of geological changes. The damage of these threats can be reduced by implementation, as a result of the natural disaster of the earthquake of October 8, 2005, the main reason for the heavy loss of life and property was substandard constructions. Secretary Sira Zahid Abbasi said that the natural disaster of flood in Pakistan. Precious loss of life and property We are saddened by this, Sira has entrusted a 30-member team to NDMA to estimate the damages in the flood-affected areas so that they can help their affected Pakistani brothers with their experience and expertise. On this occasion, Director Administration and Planning Sira Abid Ghani. Mir said that by turning the natural disaster of the earthquake into an opportunity for the affected people, world-class facilities in education, health and other sectors have been made available under the reconstruction program by modern earthquake-resistant constructions in line with future requirements. Districts (Muzaffarabad, Bagh, Rawalkot, Hattian Bala, Neelam Valley, Siddhnoti, Haveli) were badly affected by the 2005 earthquake and suddenly the constructions made by the labor of generations became a pile of rubble, the testimony of an educated generation in educational institutions. In this time of hardship, the people of Pakistan, the armed forces of Pakistan, friendly and Islamic countries have helped the people of Azad Kashmir to start a new life with new determination, courage and courage by providing full support on the basis of humanity, the reconstruction program. Under 77% of the projects have been completed while 12% work is in progress while 11% The projects could not be tendered due to lack of funds. The United Nations adopted the model of safe construction under the reconstruction program in Azad Kashmir as a role model in natural disasters in other countries of the world and awarded IRA with the Sasakawa Award, which is a proof of confidence in the reconstruction program at the global level. Secretary. Sira Zahid Abbasi said that Kashmiris are sacrificing for the completeness of Pakistan while enduring Indian atrocities in the struggle for freedom from Indian domination. But they are committing grave violations of human rights by shelling innocent people, killing them, injuring them and destroying valuable property. On this occasion, Deputy Director Sira Kamran Wani, Assistant Directors Sira Raja Tariq Aziz, Shamriz Malik, Javed Ganai, Office Manager Faheem Ahmed, Private Secretary along with Secretary Sira Mahmood Maskin and others were present.