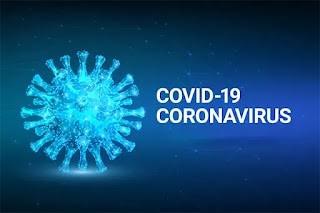 Are undergoing treatment. The Government of Jammu and Kashmir has reserved 53 government hospitals in the two provinces for the treatment of Corona victims. Of the 53 hospitals, 25 have been set up in Kashmir and 28 in Jammu. After the second wave of corona virus subsided, 15 Kod hospitals set up in Bandipora, Budgam, Kulgam, Shopian, Pulwama, Ganderbal and Kupwara in Kashmir remained vacant while 57 patients were undergoing treatment in 10 other hospitals.

A hospital in Kishtwar district has been reserved for Corona victims. Two patients are still undergoing treatment here. In Poonch district 4 hospitals have been reserved for corona victims, here 3 are vacant while in district hospital Poonch 2 patients are undergoing treatment. One death in Jammu, a total of 107 victims. The total number of victims has reached 324,202. Meanwhile, another victim died at Government Medical College, Jammu, bringing the total death toll to 4,402. In the last 24 hours, 107 more people have been infected with the corona virus in Jammu and Kashmir, including 45 from Jammu and 62 from Kashmir. Out of 62 people belonging to Kashmir, 3 reached Kashmir after traveling from outside states and countries while 59 people have been affected due to contact at the local level. Of the 62 people affected in Kashmir, 26 were in Srinagar, 7 in Baramulla, 11 in Budgam, 5 in Pulwama, 1 in Kupwara, 1 in Anantnag, 3 in Bandipora, 5 in Ganderbal, 3 in Kulgam and 3 in Shopian. Has not come The total number of victims in Kashmir has reached 211,413. On Sunday, for the fifth day in a row, no one was killed by the virus in the valley.

The total number of dead in Jammu & Kashmir is 2240. In Jammu province, 45 people have been infected with the virus in the last 24 hours, including two traveling from outside states and countries to Jammu, while 43 people have been infected due to contact at the local level. Of the 45 people affected in Jammu, 12 were reported in Jammu district, 1 in Adhampur, 7 in Rajouri, 10 in Doda, 1 in Kathua, 10 in Kishtwar, 3 in Poonch, 1 in Reasi and 1 in Samba and Ramban.