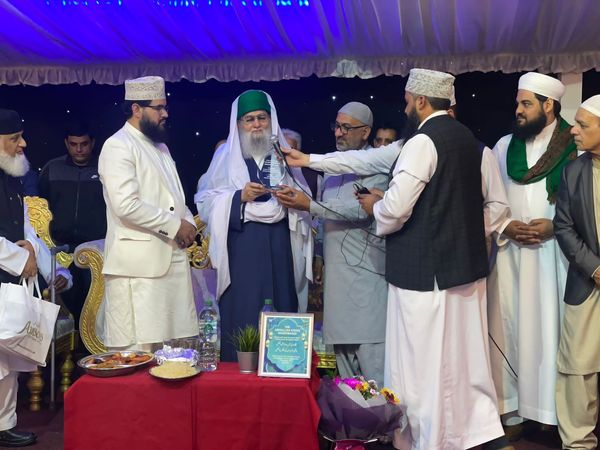 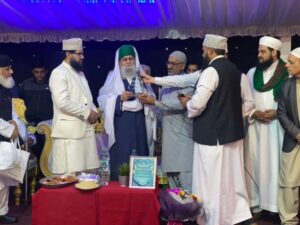 A lavish dinner was organized in his honor by his followers at a local hotel in Walsall. A large number of followers and devotees participated in the dinner. Scholars and community leaders in their messages on this occasion appreciated and paid tribute to the great leader Pir Sufi Abdullah Atiq Naqshbandi for his services to religion and community. Dr. Mufti Manoor Atiq Rizvi, Maulana Saeed Ahmad Noorani, Hafiz Abdul Qadir, Mufti Haroon Rashid, Maulana Rashid Rizvi, and Hafiz Abdul Qadeer specially participated in this program. Explained.

It should be remembered that the family of the great spiritual leader Pir Sufi Abdullah Atiq is one of the academic families of Azad Kashmir. His ancestors spent their lives preaching the religion. Pir Sufi Abdullah Atiq is not only respected in Azad Kashmir and Great Britain but he is valued all over the world. At the end of the program, Pir Sufi will present a special shield to Abdullah Ateeq in appreciation of his services.

On this occasion, Pir Sufi Abdullah Atiq told the community that the way to success is the same as what Allah and His Messenger (peace and blessings of Allah be upon him) told. He said that we can preach love, peace, and love and adopt the best morals in the society in which we are living. At the end of the program, Pir Sufi Abdullah Atiq prayed for the welfare of all humanity and especially the Muslim Ummah.